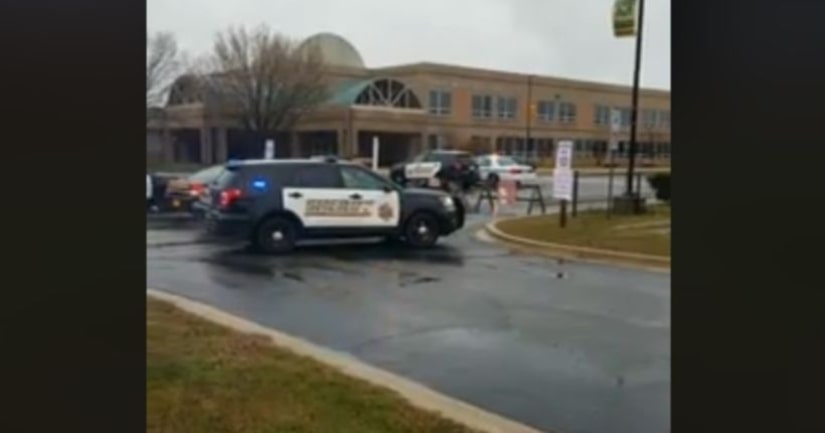 The Sheriff confirms that the shooter has died.

Sources told FOX45 a school resource officer who was on duty took action to end the threat.

In a late morning press conference officials gave an update on the Tuesday morning shooting.

Two students, a male and female student were shot before the shooter was engaged by the school resource officer.

The Sheriff says the school resource officer fired at the same time the gunman, who had the gun pointed at his head also fired.

The Sheriff's department says it will take some investigation to determine who fired the fatal shot.

The female student is listed in critical condition at Shock Trauma, inclement weather prevented her from being flown to the hospital for treatment.