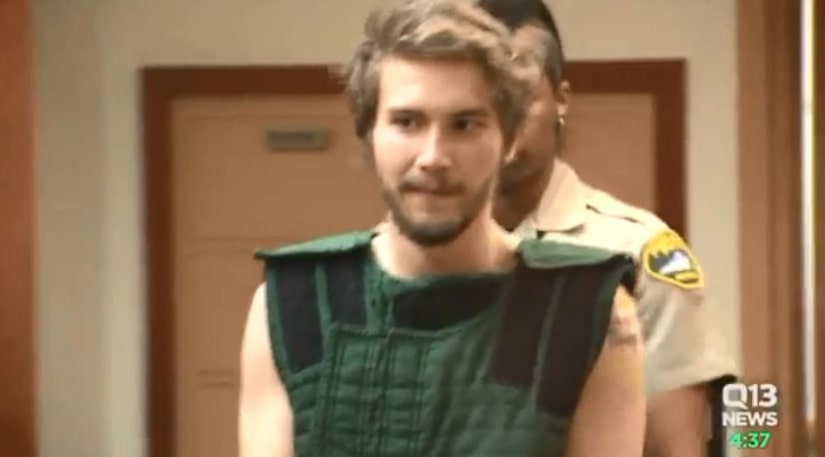 BUCKLEY, Wash. -- (KCPQ) -- A Buckley man who allegedly killed both his parents last week told detectives he did it “because he hates them that much,” according to charging documents filed in Pierce County Superior Court on Monday.

Jared Standley was charged with two counts of aggravated first-degree murder in the March 14 deaths of his parents, Steven and Theresa Standley.

According to court documents:

Standley's parents kicked him out of the house about a week before he killed them. On the day they were killed, his brother, Sean, got a call from Steven saying he was worried because Jared had unexpectedly come back home. Steven told Sean to call 911 if he didn't call back in 15 minutes, and Sean didn't hear back so he made the call.

After Jared Standley was found, shot and arrested outside a Tumwater hotel, he confessed to detectives. He said he'd bludgeoned his mother with a bat, then wrapped her body up in a tarp and tried to clean up the crime scene while he waited for his dad to come home.

Jared said when his father arrived, he was hoping to kill him quietly inside, but Steven ran in and tried to slam the door to keep Jared Standley out. He said he shot his father through the head through the stained glass on window on the door.

“I don't feel like a gunshot to the head is really that upsetting,” he allegedly told detectives. “But, I was fairly apologetic about having to bludgeon Terry twice.”

FULL STORY: Buckley man told detectives he killed parents because 'I hate them that much' - KCPQ