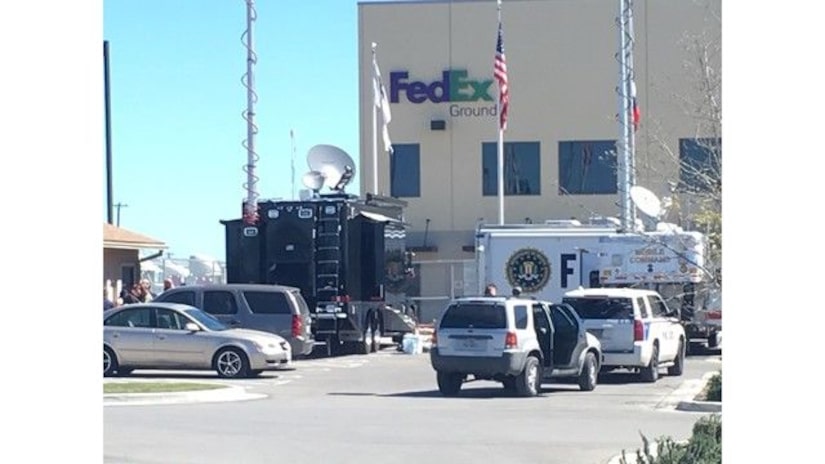 The San Antonio Police Department says McManus misspoke about the second package with explosives at the Schertz facility. There was only one package and that's the one that detonated.

Texas Attorney General Ken Paxton confirms the package that exploded in Schertz was sent from Austin and bound for Austin as it went through the distribution center.

San Antonio Chief of Police William McManus says there were two packages there were loaded with explosives at the Schertz FedEx facility; however, only one package detonated. The second package has since been removed from the facility.

McManus says with the NCCA Final Four Tournament coming to San Antonio in a few weeks, he's making sure the city is safe for visitors and residents.

"He [FBI special agent in charge] assured me they will have more than adequate resources here to make sure we don't have an incident here -- they will be here in force, pending any other developments that may occur in this case between now and then," says McManus.

A package exploded at a FedEx distribution center northeast of San Antonio shortly after midnight Tuesday. NBC's Pete Williams is reporting investigators have a "pretty good indication" that the package was bound for Austin, where four other package bombings have occurred in the past three weeks.

Schertz Police Chief Michael Hansen said "We're confident neither this facility nor any location in Schertz is a target," during a press conference Tuesday morning.

The Federal Bureau of Investigation and The Bureau of Alcohol, Tobacco, Firearms and Explosives is on scene at the facility in Schertz, Texas on the 9900 block of Doerr Lane.

Schertz police say the package was in the sorting area of the facility. The explosion happened around 12:30 a.m. Tuesday as the package was traveling on a conveyer belt. A female employee who was nearby suffered a concussion and reported ringing in her ears.

About 75 employees were there at the time. A 911 caller stated the medium-sized package had metal and nails inside it but ATF would not confirm that Tuesday morning.

FedEx released a statement on the incident, saying "We can confirm that a single package exploded while in a FedEx Ground sortation facility early this morning. One team member is being treated for minor injuries. We are working closely with law enforcement in their investigation. We are not providing any additional specific information about this package at this time."

Federal agents say this package may be linked to attacks by what they believe is a serial bomber in Austin. Schertz is about 75 miles southwest of Austin.

The latest attack in that city was Sunday night, in which two men in their 20s were hurt when they set off a tripwire that detonated a bomb. Three other package explosions in the past three weeks have killed two people and hurt two others.