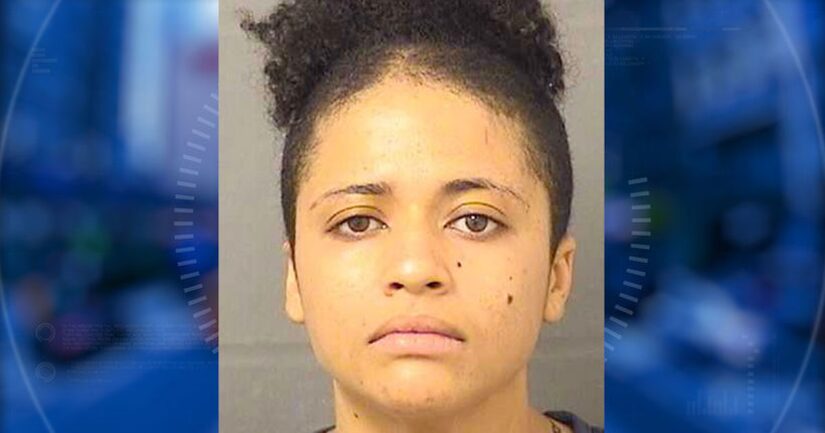 ROYAL PALM BEACH, Fla. -- (WPTV) -- A Royal Palm Beach woman is accused of gouging out her mother's eyes and murdering her in a drug-fueled attack, according to a Palm Beach County Sheriff's Office report.

Deputies say Camille Balla, 32, confessed to killing her mother in their home on March 16.

When deputies arrived at the home on the 100 block of Country Club Way around 1:40 a.m, they reported Balla sitting on the sidewalk outside, appearing frantic and covered in blood.

“I killed my mother and I need help,” Balla told the deputies in the report.

Deputies found Francisca Monteiro-Balla dead in the garage. Her eyes were removed from her head and were placed on a nearby box, the report states. Montiero-Balla had cuts throughout her body.

Investigators reported finding handwritten notes with religious-themed messages about clearing the soul in the garage.

Balla told Palm Beach County Fire Rescue she smoked marijuana she thought might be laced with "Flakka" or PCP.

Balla reportedly mumbled, screamed, ran around and then fell to the ground. She yelled, “I'm a murderer, I'm a murderer!” to fire rescue officials.

A co-worker of Balla initially went to the home early Friday after Balla called them saying she might've murdered her mother, investigators reported.

Balla was standing outside the home covered in blood when the coworker arrived. That's when they called 911.

Balla told deputies her mother was in the garage and then handed over keys covered in blood.

Investigators said they found a blood trail in the living room, kitchen and into the garage. The garage was littered with broken glass and pools of blood as if Balla kneeled over her mother, a detective wrote in the report.

Investigators sent a white piece of paper with suspected marijuana found in the home to a laboratory for testing.

Balla was taken to Palms West Hospital and treated for cuts on her hands and knees. She was then taken to St. Mary's Medical Center after screaming again.

Later, Balla was booked into the Palm Beach County Jail and appeared before a judge Monday morning. She started screaming as she entered the courtroom and was removed.

The judge ordered Balla to have a mental evaluation. She is being held without bond on first-degree murder charges.

Court records show Balla was arrested in 2015 for driving under the influence. She pleaded guilty and was placed on probation for 12 months.

In 2014, Balla was arrested for possession of marijuana but the charges were not prosecuted.