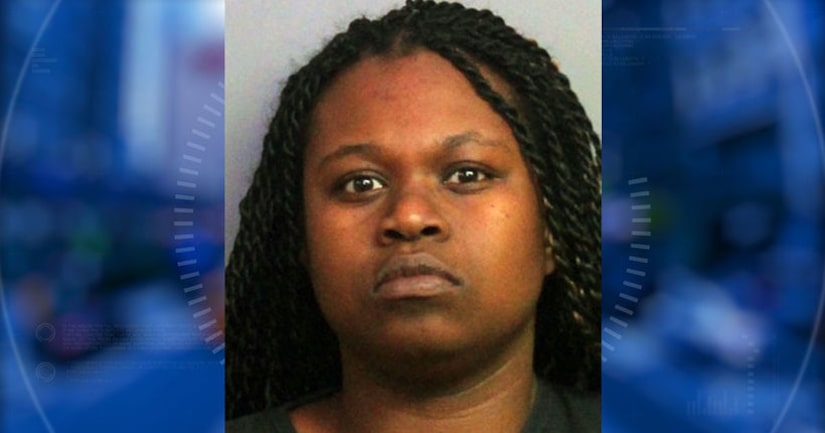 POLK COUNTY, Fla. -- (WPTV) -- A 4th-grade teacher was arrested in Polk County after deputies say she left a 4-year-old alone to go pick up marijuana.

On Saturday, March 17, deputies arrested 26-year-old Marsha Dolce from Laurel Elementary, when they found a 4-year-old child in her custody wandering alone outside her home in Davenport.

Officials responded to the home at about 6:49 a.m. due to the child crying outside, asking for help and wearing just a T-shirt and underwear.

About an hour later, Dolce returned home and told deputies she left the house to help a friend whose car broke down.

In a search of her home, deputies found marijuana in a grinding device. They also found texts with an address at 2:32 a.m. in Winter Haven, and another text from her phone at 3:21 a.m. saying "I'm here."

Dolce later admitted she made up the story about helping a friend with a broken-down car, and that she really went to get some marijuana. She said the 4-year-old was asleep, so she thought she could go to Winter Haven to meet a friend and pick up some pot from him.

She said she and the man returned to her home, had sex and then she took him back to Winter Haven.

The Florida Department of Children and Families (DCF) was contacted, and the child was removed from the home, and Dolce's custody.

"This is not what we expect from a person in a position of public trust," Sheriff Grady Judd said. "She left her four-year-old home alone to go find some marijuana. To think about this poor scared child crying in the street not knowing where mom was-it is just a shame and should not have happened."

Dolce was arrested and charged with negligent child abuse without great bodily harm, possession of marijuana and possession of drug paraphernalia.

She has been employed by the Polk School Board for about three months.