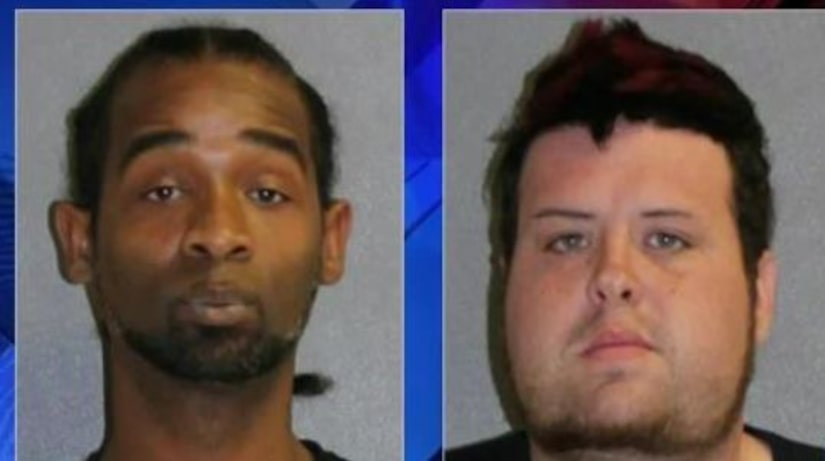 DeLAND, Fla. -- (WKMG) -- Two men are accused of breaking into the home of a man they both dated, stealing several items, then leaving spaghetti sauce boiling on the stove with a washcloth placed near the burner in an attempt to start a fire, according to the Volusia County Sheriff's Office.

The victim called 911 about 7 a.m. Tuesday because the security cameras in his home on Evergreen Terrace in DeLand detected motion and he believed someone was breaking in because a towel had been placed over one of the cameras, the report said.

Deputies went to the residence and saw a red Lincoln Navigator attempting to leave the area. A stop was conducted and the driver, 28-year-old John Silva, and passenger, Derrick Irving, told the deputy that they had just picked up some clothes from the victim's home, according to the affidavit.

The victim told News 6 that Irving was wearing a bull costume.