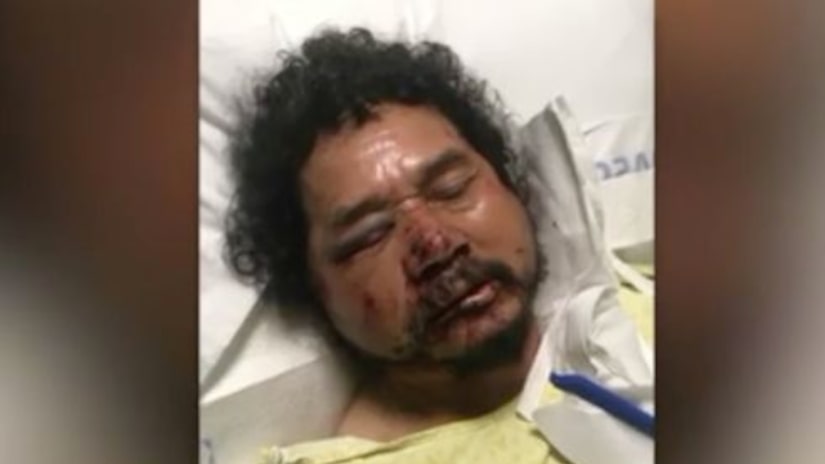 LOS ANGELES -- (KTLA) -- A fruit vendor was robbed and brutally beaten while getting ready to sell in South Los Angeles Sunday morning, his stepson told KTLA.

Two cars pulled up up to the victim, Pedro Daniel Reyes, and six to seven people who got out demanded money from him and other vendors, according to a GoFundMe page set up by the stepson.

Reyes gave the men his money, “but they still brutally beat him,” the page says. The page indicates that the incident occurred in downtown, but it was in South L.A.

Reyes' face was fractured, his jaw was broken, his throat was cut and several of his teeth were knocked out, the stepson said. He is expected to undergo surgery on Monday.

Reyes, a 54-year-old Oaxaca native, works seven days a week as a roofer and as a peanut and fruit vendor on Sundays, but doesn't have medical insurance. His recovery could take up to six months and he may have to be fed through a straw after his jaw is shut.