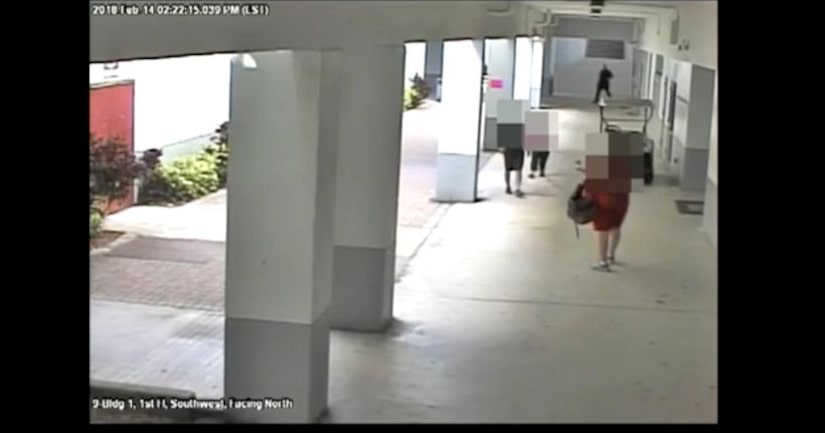 PARKLAND, Fla. -- (KDVR) -- Security video shows a Florida sheriff's deputy go toward the high school building while a gunman massacred 17 students and staff members, but he stayed outside with his handgun drawn.

It shows him and a staff member rushing toward the building in a cart.

He pulls his weapon and takes up a position outside the building. During much of the shooting, the camera's view of Peterson is blocked by a light pole but parts of him occasionally appear.

Sheriff Scott Israel blasted Peterson eight days after the shooting, saying Peterson should have “went in, addressed the killer, killed the killer.”

The 54-year-old deputy retired instead of accepting a suspension. He is still being investigated by internal affairs.

A Florida judge earlier this week agreed with news outlets that the video should be released.