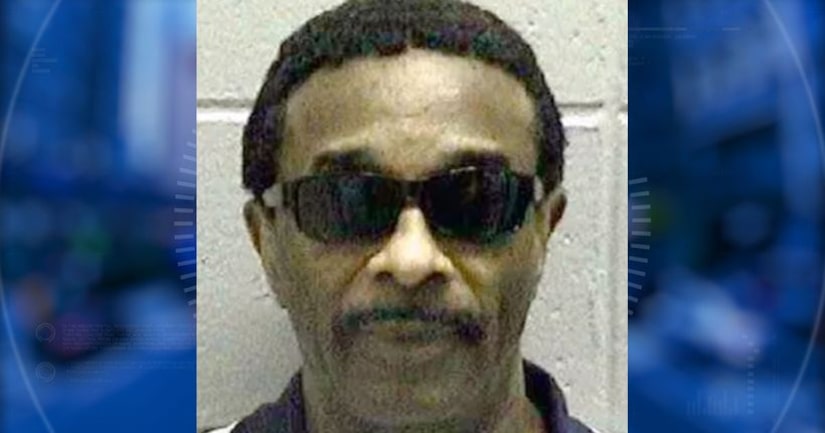 WMC/Georgia Department of Corrections via AP

JACKSON, Ga. -- (WMC) -- A man known as the "stocking strangler" was executed Thursday for the rape-slayings of three older women in attacks that terrorized a Georgia city four decades ago.

Carlton Gary, 67, was put to death by injection of compounded pentobarbital, a barbiturate, at the state prison in Jackson. He was the first inmate executed by Georgia this year.

Strapped to a gurney with his eyes closed, Gary didn't respond when Warden Eric Sellers asked if he wished to make a final statement or have a prayer recited. The warden exited the execution chamber at 10:17 p.m. Records from past executions show the lethal drug generally starts flowing within a couple of minutes of the warden exiting.

Gary took several quick breaths within a few of minutes of the warden exiting and then yawned before becoming still. He died at 10:33 p.m., Sellers told witnesses.

Gary was convicted in 1986 on three counts each of malice murder, rape and burglary for the 1977 deaths of 89-year-old Florence Scheible, 69-year-old Martha Thurmond and 74-year-old Kathleen Woodruff. Though charged only in those deaths, prosecutors say Gary attacked nine elderly women in the west Georgia city of Columbus from September 1977 to April 1978. Most were choked with stockings, and seven of them died.

Police arrested Gary six years after the last killing, in May 1984. He became a suspect when a gun stolen during a 1977 burglary in the upscale neighborhood where all but one of the victims lived was traced to him.

At trial, prosecutors introduced evidence from all nine attacks, arguing that common factors established a pattern. The victims were all older white women who lived alone and were sexually assaulted and choked, usually with stockings. They were attacked at home, usually in the evening, by someone who forced his way inside. All but one of the Georgia victims lived in the Wynnton neighborhood, and all lived near where Gary lived at the time of the crimes.

In a clemency petition and in filings before state and federal courts, Gary's lawyers had argued that evidence not available to his trial attorney - either because the necessary testing didn't exist yet or because it wasn't disclosed by the state - proved he wasn't the "stocking strangler."

The state countered in court filings that the evidence Gary's lawyers cited had already been considered by the courts and that his convictions and sentence had repeatedly been upheld by state and federal courts over the past three decades.