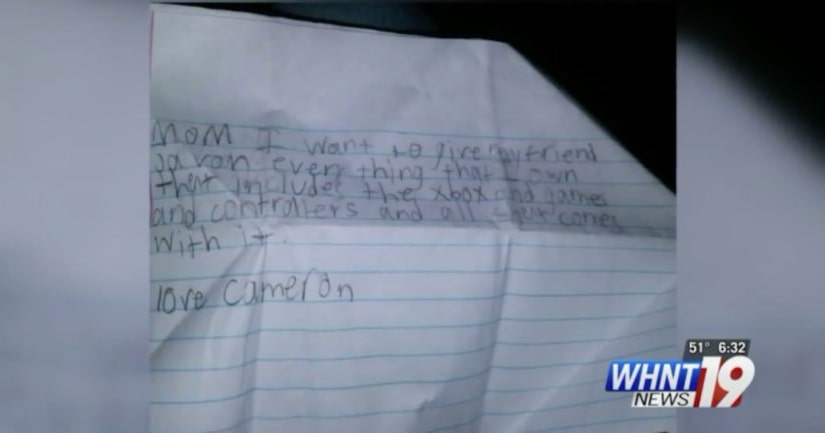 BIRMINGHAM, Ala. -- (WHNT) -- Children should be focused on school, on growing up, on just being children. But a slew of school violence threats sweeping the country in recent weeks led to two Birmingham sixth-graders penning a last will and testament of sorts on loose leaf paper.

"Play Station 4, plus controllers, plus the games that go to it, my cat, my TV, my Xbox, and other stuff that goes to it, hoverboard," 6th grader Javon Davies listed.

Those items sound like something Davies would enjoy. But that list is what would go to his best friend Cameron, in case he ever got killed at his school.

"I could not believe it. I mean my child is in the 6th grade. This is something he should not be thinking about," said Davies' mother, Mariama.

Javon and his friend wrote a will the other day after hearing his middle school received a threat. "It was just in case something happened to one of us because some kids get rowdy and might end up getting somebody shot or something," explained Davies.

His will also had a special message. "I said, 'Dear family. I love you all. You gave me the clothes on my back and you stuck with me all the time. Love Javon'."

Those words brought his mom to tears. "It's really hard because he's so young. He just shouldn't have to go through that period because for what? He's in 6th grade. You have a lot ahead of you."

FULL STORY: Birmingham 6th grader writes will in case he ever gets killed at school - WHNT