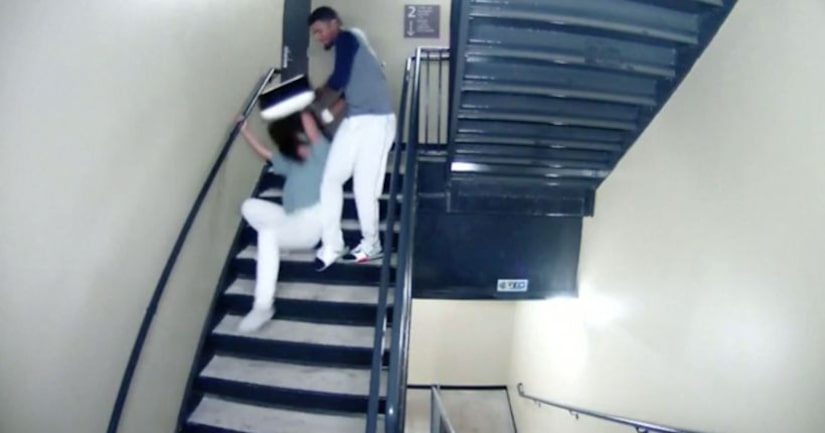 The video, obtained by NBC affiliate KRIS, shows Danry Vasquez walking into a stairwell with a woman, who he then hits forcefully several times as they go down the stairs, as well as pulling her hair.

The surveillance video was taken on Aug. 2, 2016 inside Whataburger Field, the home of the Corpus Christi Hooks baseball team.

KRISTV reports District Attorney Mark Gonzalez said the case against the player has been dismissed and Vasquez, 24, has complied with the conditions of his plea deal.

The outfielder was released from his new team, the Lancaster Barnstormers, this week after the Pennsylvania team's management became aware of the video, according to NBC Philadelphia.

Vasquez's attorney told the NBC station that his client was remorseful for the incident because it was "shameful."

The affiliate reports both Vasquez and his girlfriend had been dating since their teens and came to the United States together from Venezuela when he was recruited by Major League Baseball.