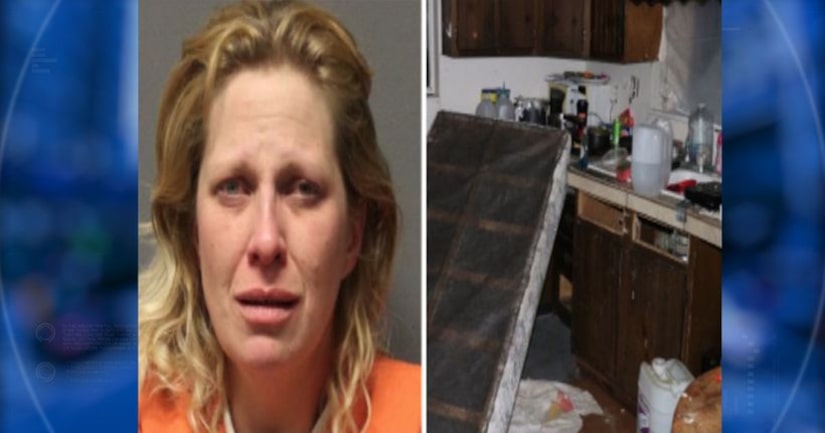 COTTONWOOD, Ariz. -- (WAGT) -- Cottonwood, Arizona police have arrested a 32-year-old woman in what they call, "One of the worst cases of neglect some of the officers involved have ever seen."

Sarah Easterday-Shortridge faces several charges in connection with the crime.

On the morning of March 10, the Verde Valley Regional SWAT team served a search warrant at a home.

Officers were made aware of the residence after a person received medical treatment from being pistol-whipped by a man staying at the home the night before.

Officers described the residence as a "flop-house" for drug users.

The children were transported to a medical center where they received treatment and hygiene.

Police say the kids were suffering from lice, open sores, scabies, bumps, and were covered in feces.