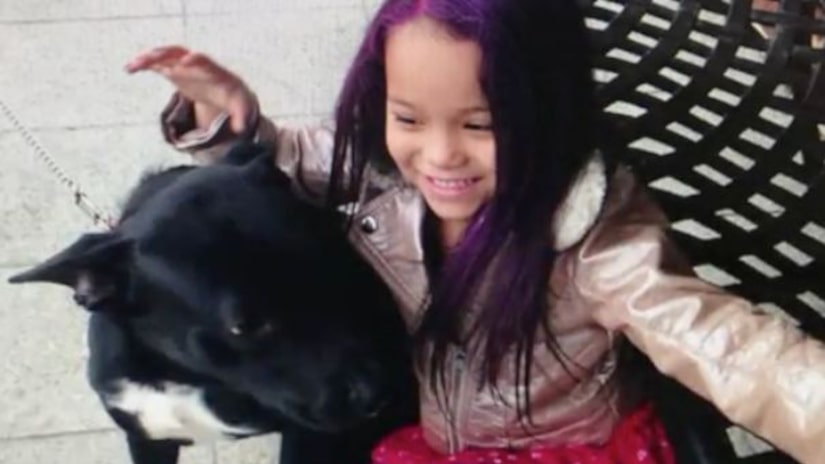 THE BRONX -- (WPIX) -- A Bronx family is pleading for the safe return of their dog, Jake. The 4-year-old Lab is seen on surveillance video being led away by two women.

Hector Castro took Jake out for his nightly walk around 9:30 p.m. Tuesday. He tied his leash to a bench outside a supermarket just down the street from home. He wasn't inside the grocery store for more than five minutes when he came outside to find Jake missing.

“After looking and looking, I said the dog is lost, something happened,” Hector said, with a sinking feeling.

Jake is a rescue the family adopted from the North Shore Animal League, chosen by their 9-year-old daughter Katie. The two share a close bond.

“He's a family dog but that's Katie's best friend she picked him out that was her birthday gift. There are times when Katie is not feeling well, she's down and out, it's Jake who cheers her up, she loves him,” Luisa said.