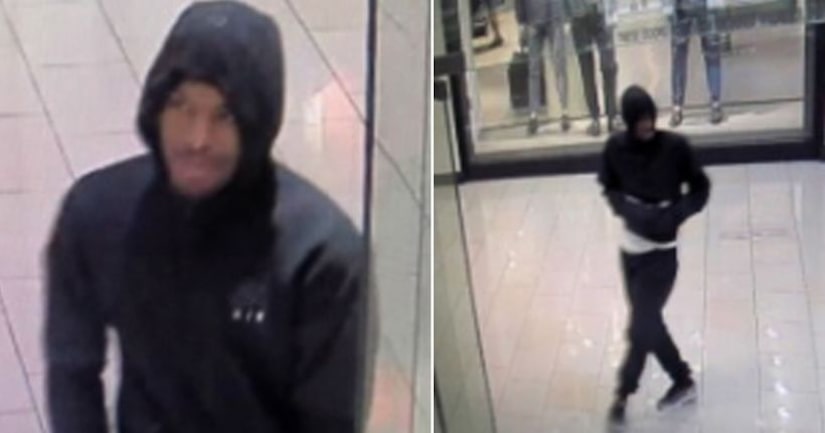 GLENDALE, Calif. -- (KTLA) -- Authorities on Monday identified a man who was arrested after an attempted robbery caused panic at Glendale Galleria over the weekend, while three other suspects remained at large.

Glendale police said they arrested Kamal Key, a 20-year-old Los Angeles resident, when they responded to the scene at the shopping mall Saturday afternoon.

Two people had started smashing display cases with mallets at Bhindi Jewelers when one of them ran toward the shop's security guard, according to the Glendale Police Department. Investigators said that's when the guard fired two shots, sending mall patrons to run for cover.