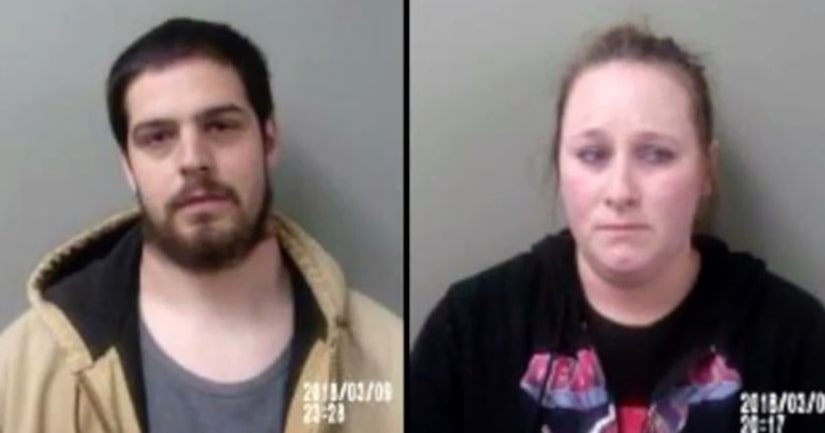 According to court records, the 9-year-old was taken to the hospital with a serious hand injury. Doctors determined the little girl had a crushing injury to three fingers on her right hand, requiring surgery and amputation of part of her ring finger.

Doctors also discovered the young girl had several other injuries, including fractures in her arm, wrist and seven ribs, bruising, scarring, multiple cuts and other signs of traumatic injury.

Medical personnel determined the 9-year-old was the victim of frequent abuse and had not had any medical care -- with the exception of one emergency room visit for exposure to poison sumac -- in the two-and-a-half years that she was in her uncle's care in the small town of Cameron. Barreto was the girl's legal guardian.

During a forensic interview, the girl told officials her uncle caused all the injuries, court documents say.

She said her hand injury occurred when Barreto came home and found she hadn't finished chopping wood as he told her to. The girl said he made her put her hand on a fallen tree and hit her hand with the back side of an ax head.

She said Barreto and Holloway told her to say the injury came after she accidentally closed her hand in the couple's van.

According to court documents, she said bruising on her ear was from her uncle allegedly kicking her; the scarring on her ear was from Barreto allegedly hitting her with the handle of the ax; holes on her legs and fractures to her arm, wrist and ribs were also from him hitting her with the ax handle; bruises on her hands were from Barreto allegedly biting her; and many other injuries were the result of her uncle's abuse.

The 9-year-old told officials Holloway was aware of her numerous injuries but did nothing to stop him or help her.