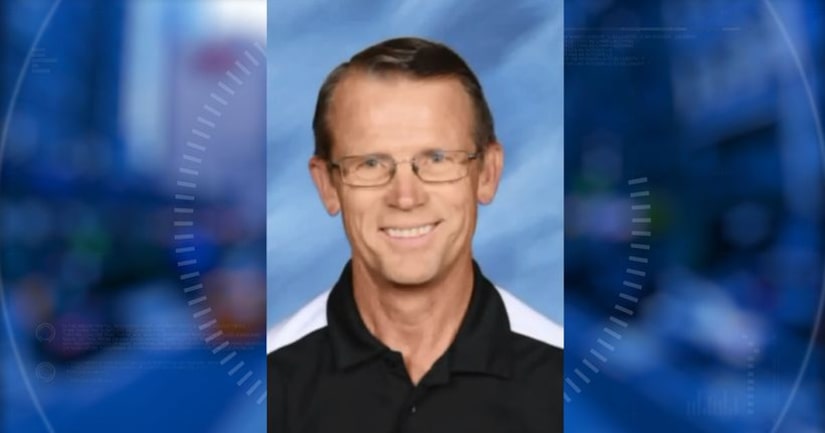 Deputies say a science teacher, Robert Crosland, fed a live puppy to one of his reptiles in front of students.

Local animal activist, Jill Parrish, is the one who filed the police report.

"What I have learned in the last four days is disgusting. It is sick. It is sick," said Parrish.

Parrish says a teacher told her that last week after school, Mr. Crosland fed a live puppy, who was reportedly sick, to one of his reptiles. He has a snake and a snapping turtle. Apparently, it all happened in front of students.

"Allowing children to watch an innocent baby puppy scream because it is being fed to an animal. That is violence. That is not okay," says Parrish.

Este Hull is a 7th-grade student at Preston Junior High.

"I've only heard him feed like mice or birds to his animals...I feel a little bit better that it was a puppy that was going to die, not just a healthy puppy," says Hull.

It's a sentiment echoed by parents, Annette Salvesen and Julie Johnson.

"If it was a deformed puppy that was going to die anyway, Cros[land] is very much circle of life," says Salveson.

Franklin County Sheriff, David Fryar, says the department is looking into it.

"We're investigating the facts and turning it over to the prosecutor. He's the one who will determine if the law has been broken," says Fryar.

Preston School District Superintendent, Mark Gee, says Mr. Crossland is still employed at Preston Junior High and while the incident is under investigation, he's not been placed on administrative leave.

Even if the puppy was going to die, Parrish doesn't think this was the way to do it.

"There's a lot of humane things you can do. Feeding a live animal to a reptile is not humane and it's not okay," said Parrish.