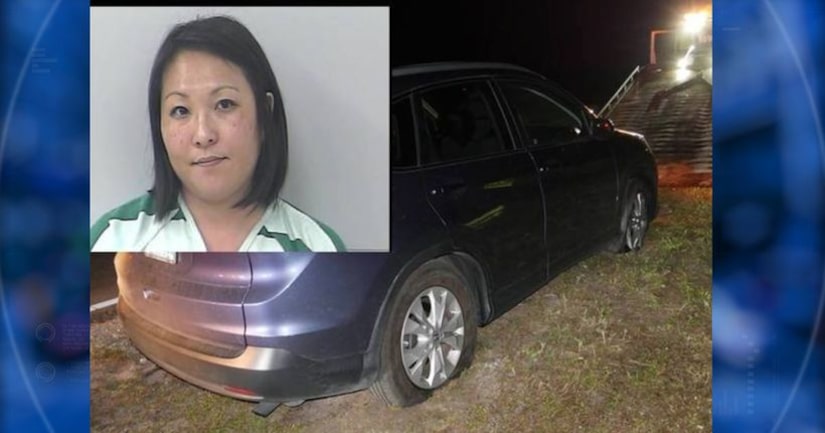 PORT ST. LUCIE, Fla -- (WPTV) -- Port St. Lucie Police arrested a woman they say drove under the influence with a child in her car that had four flat tires.

An officer reported pulling over So Pak, 39, after spotting her in a Honda SUV with four flat tires driving five to 10 miles per hour in a 40 mph zone. The officer said they watched the SUV approach the intersection of NW Bayshore Blvd and NW Placid Ave on March 7 around 11:30 p.m, according to a Port St. Lucie police report.

When the officer approached Pak, they say they noticed a child in the back seat. The age of the child is redacted from the police report.

The officer said in the report they could smell alcohol coming from Pak's vehicle. She said there was nothing wrong with her SUV, the report states.

An employee at the Circle K on NW Bayshore Blvd initially called police saying a woman came into the store possibly intoxicated and then drove away.

Pak failed a field sobriety test and was taken into custody, officers say.