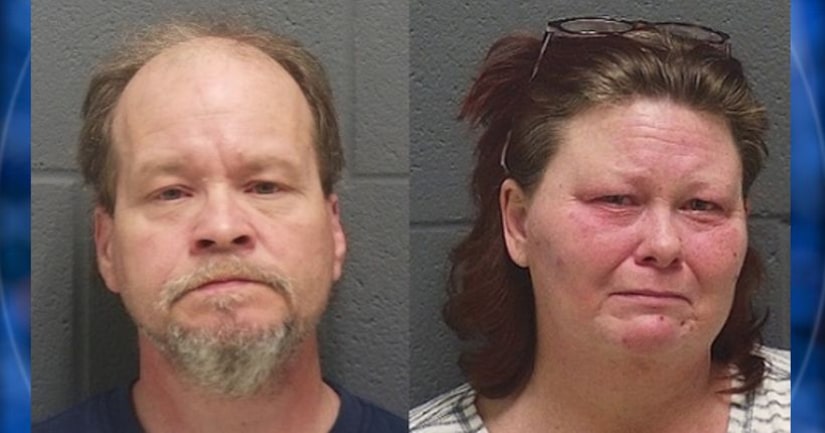 CRAWFORDSVILLE, Ind. -- (KRON) -- A husband and wife each face more than a dozen charges amid allegations they have had sex with their three children since 2012 at various homes in west-central Indiana.

Court records show an investigation of Keylin Lee Johnson, 52, and Sheila Lynn Johnson, 44, began when the Montgomery County Sheriff's Office received a report Feb. 25. A woman told an officer that the couple's two oldest children had come to visit and talked with her about “possible sexual abuse.”

Police spoke that same day with the oldest child, who said Keylin Johnson, the father, had advised the oldest child that “incest was a normal way of life” and “the best way to build a family bond was to have sex with your parents, particularly your mother,” court documents said.

“He (the father) also advised it was safer to have sex with people in your own family, rather than strangers,” the documents said.

The oldest child “also indicated that his mother was involved in sexual relations with the family dog.”

The youngest child was removed from the family's home in Montgomery County the next day. Investigators also took cellphones and computer gear from the home that day.

The youngest child told authorities that “both of her parents would do gross things in the home,” court documents said. “She was shown sexual videos and pornography and that her aunt used to bring adult things to a residence in Mooresville and she observed the adults would do sexual things.”

During interviews with police, Sheila Johnson, the mother, admitted to multiple acts of child abuse and incest with two of her children and an attempt at bestiality with a dog, the court documents showed. She said her husband “would always want to role play and suggested mother-son sex scenarios.”