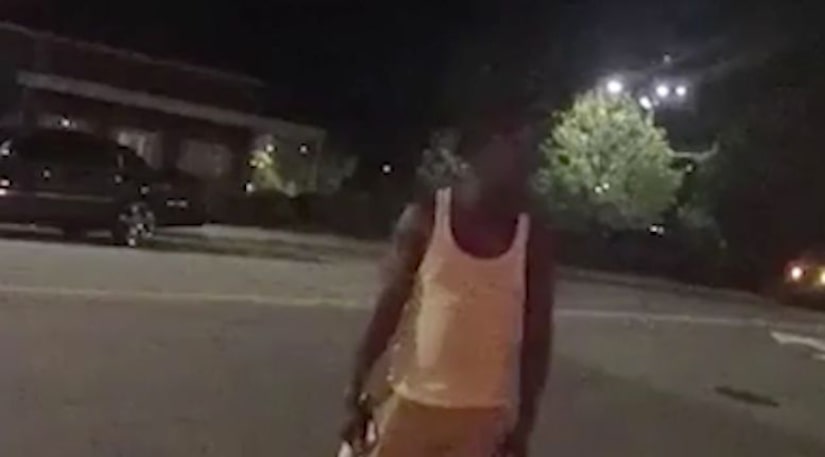 It began around midnight on Aug. 25 when officer Christopher Hickman and a police trainee stopped 33-year-old Johnnie Jermaine Rush in Asheville and accused him of jaywalking and trespassing through a parking lot, reports the Asheville Citizen-Times. Rush explained he just got off work. “You ain't got nothing better to do besides mess with me?” he asked, per ABC News.

Video from a body camera worn by Hickman, who is white, shows Rush running away after Hickman's order to put his hands behind his back. As Rush runs, the officer says, “You know what's funny is you're going to get f—– up hardcore.”

In the ensuing altercation, Hickman is seen repeatedly punching Rush in the face, as Rush says, “I can't breathe.” Hickman also uses a stun gun on Rush, who at one point has another person's hands on his throat, per the Citizen-Times. “I beat the s— out of his head. I'm not going to lie about that,” Hickman later says.