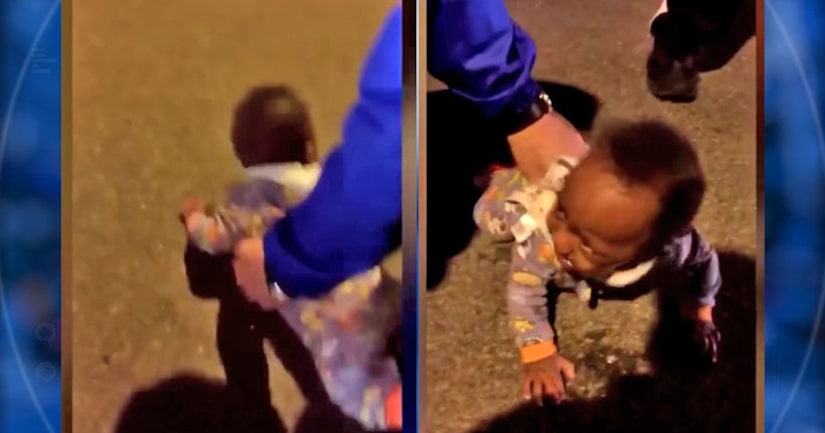 UTICA, N.Y. -- (WGHP) -- Strangers came to the aid of a 9-month-old child found lying in the middle of an upstate New York road Friday, according to police.

Utica police began investigating when video of the baby, lying facedown on the asphalt crying, surfaced on Facebook after Good Samaritans found the child.

One man picks up the infant, wearing only a onesie, as another calls 911. Just before the video ends, a woman claiming to be the mother can be heard saying, “That's my baby, that's my baby, oh my God!”

Hours after the video was posted online, police arrested the child's mother, 27-year-old Ledrika E. Ford, of Utica. She has been charged with endangering the welfare of a child. All four of her children are now in the custody of Onelda County Child Protective Services, according to police.

Ford told officers she didn't know how her baby ended up in the road, saying only that she had secured the 9-month-old in the back seat before driving away from a location on Bleeker Street. A short time later, she looked back and noticed the child wasn't there, Ford told police.

The infant was evaluated at an area hospital, police said.

Ford's next court appearance is scheduled for March 23.