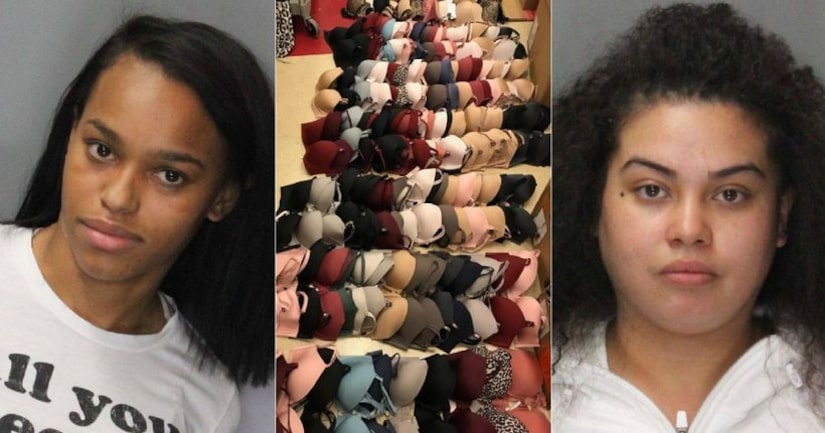 Blanca Quintero, 22, of Richmond and Antanae Welch, 19, of Pittsburg were arrested around 8 p.m. near the Palladio shopping center in Folsom.

Police say the duo stole the items from Victoria's Secret.

Before they could escape the store an employee tried to stop them and Quintero attempted to pepper-spray the employee. That employee was uninjured.

After a description of the suspects' vehicle was given, police were able to track the two down and arrest them.

Investigators say the grand total for the stolen goods was $11,000.

Along with theft and conspiracy, the women face other charges as well. Police say Quintero is also charged with using tear gas to commit a crime. She also had an outstanding warrant from San Mateo County.

Welch is also facing a charge of possession of counterfeit money. Police said they found a fake $100 bill during their investigation.