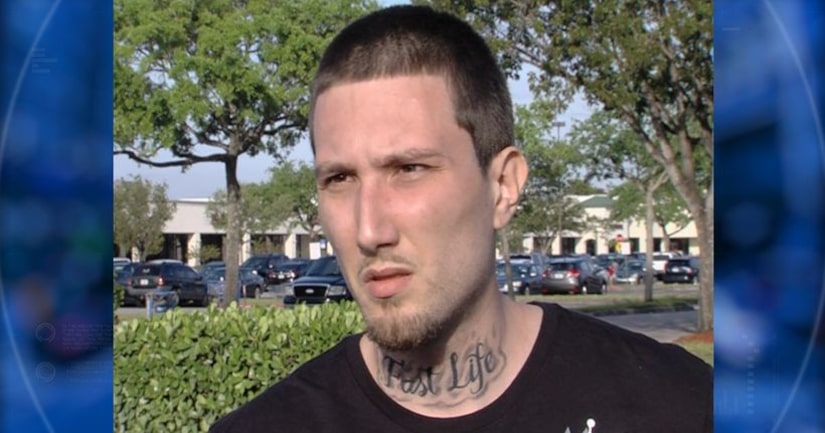 Bryant, an inmate at the Broward County Jail, said he saw Nikolas Cruz pacing and staring at the ceiling inside his individual cell in the infirmary wing.

“I don't think he was looking at anyone, just laying down looking at the roof,” Bryant told NewsChannel 5. Jail records confirm Bryant spent time in the same wing of the jail as Cruz while incarcerated on drug-related charges.

Inmate observation logs of Cruz released by the Broward County Sheriff's Office reveal more insight into the accused killer's behavior. Bryant said it's that behavior he saw that made him want to reach out and speak to WPTV.

“He was just lost in his mind,” Bryant said.

Bryant could hear Cruz, see Cruz, and form his own opinion of Cruz.

“I just hope he doesn't plead insanity or he gets off or anything because, in my opinion, I don't think he's crazy and deserves everything coming to him.”

Bryant said everyone in the jail, from the deputies to the inmates, were talking about Cruz.

“I think he felt intimidated being in jail,” said Bryant. “Everyone had a problem with him.”

Bryant's observations matched those recorded by deputies. A deputy is required to check on Cruz every 15 minutes and record their observations of him.

They reported Cruz sleeping most of the day and eating infrequently.

Cruz makes little eye contact with anyone, deputies wrote in the reports. He often sits with a blank stare and appears to be in thought. He was not allowed to interact with other inmates.

“I've got kids so I feel strongly about this situation,” Bryant said. “If he was out of his jail, somebody probably would've hurt him, to be honest.”

Deputies wrote Cruz is cooperative, logical, and coherent. One night, he requested a Bible to read.

On one occasion when he met with his attorney, deputies said Cruz was “responsive to interview, shaking his head, nodding and agreeing, forward and engaging in the conversation.”

Jail records show Cruz met with his brother twice last month, as well as with a family friend. He also met with attorneys, psychologists, and investigators.

Bryant said the infirmary was on a heightened level of security while Cruz was there. He said inmates were not allowed out of their cells during that time.

“When he's not there, you will get out once or twice a day for an hour or so.”