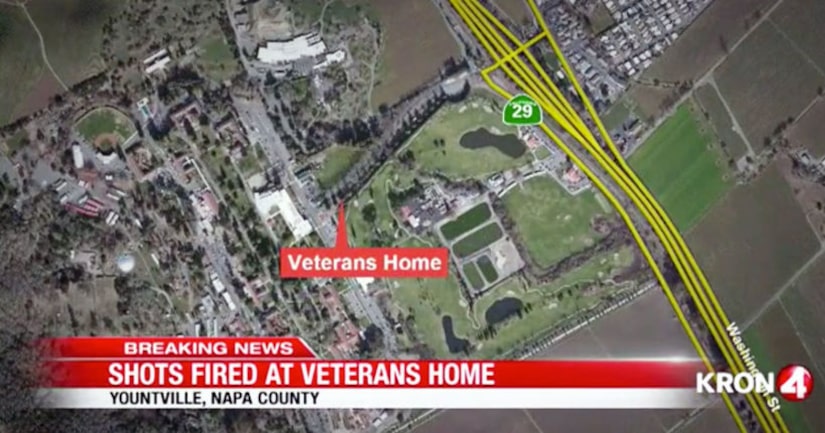 YOUNTVILLE, Calif. -- (KRON) - The Veterans Home of California Yountville is on lockdown Friday after reports of an active shooter who is holding three hostages.

The Veterans Home tells KRON4 around 10:45 a.m. the entire facility, located at 260 California Dr., was ordered to shelter in place.

There are preliminary reports of 30 shots fired outside the main dining area.

It is unclear if the shots were live rounds, according to an official from the Veteran's Home.

This is the largest veterans home in the United States, housing about 1,100 men and women.

Vintners Golf Club, a popular golf course nearby, has shut down the property in response to this situation. Anyone on the property is advised to shelter in place.

No injuries have been reported.

No further details were immediately available.

Authorities are asking the public to avoid the area.