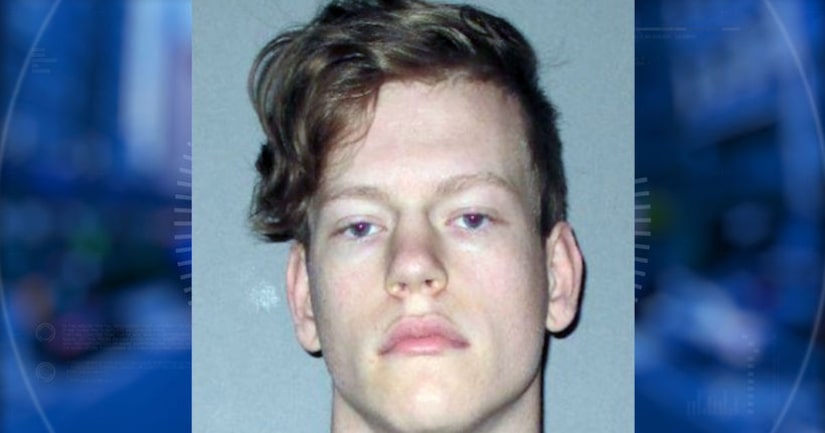 PALM COAST, Fla. -- (WKMG) -- A Palm Coast man was arrested on Monday after police said he strangled his roommate's 11-pound Yorkshire terrier after the dog peed and pooped on their rug.

Flagler deputies said they came to the home after the owner found the dog, named "Dixie," with severe injuries. The dog was found unresponsive and was immediately rushed to the Flagler Animal Hospital, according to the report.

Deputies searched the home and found blood splatter and smeared feces on the walls of the back porch area, the report says. Police said Dixie's dog food bag also had blood on it, and there was a line of blood on the floor to the spot where Dixie was found unresponsive.

Veterinarians suspected animal abuse after they discovered injuries consistent with strangulation, according to the report. Deputies said they learned during this time the dog was left at home alone with the owner's roommate, Brenden Geary.

Geary was presented with photos of the scene and was questioned on the inconsistencies in his story, the report said. Geary then confessed to police that he "walked in really frustrated" and saw that Dixie "had s--- and pissed all over that rug," the report said.

Deputies said Geary told them he "doesn't know what's wrong with him but has no resources to find out at this moment."

Geary was arrested on a charge of aggravated animal cruelty.