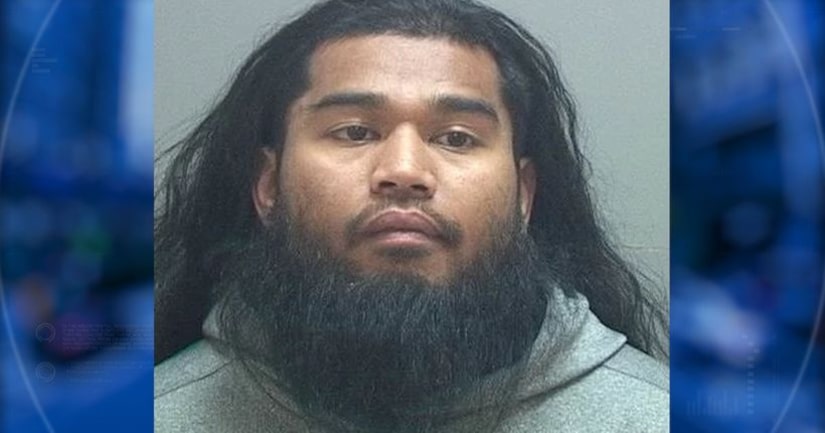 WEST VALLEY CITY, Utah -- (KSTU) -- Officers found a woman with a steak knife sticking out of her arm when they were called to a West Valley home.

Court document state a couple, who has a child together, was arguing when Raymond Jorju Kemem, 31, grabbed a knife from the kitchen and slashed the victim's tires.

The victim tried to call 911 when Kemem ripped the phone from the wall, the documents state.

West Valley officers said the victim tried to call 911 two more times from two different cell phones which Kemem took from her as well, preventing her from calling for help.

The victim tried to hide in the bathroom but Kemem forced his way in, according to the documents.

Officers said she then ran to the bedroom and tried to escape through a window where Kemem chased her with a knife.

West Valley Police said Kemem pulled the victim back into the bedroom and stabbed her in the upper arm with the steak knife.

She got away, realized the knife was stuck in her arm and tried to call 911 again, police said.

Kemem took that phone as well and ran from the home, according to police.

Authorities later caught up to Kemem and found him with a crystal substance and a glass pipe and he admitted was a methamphetamine pipe.