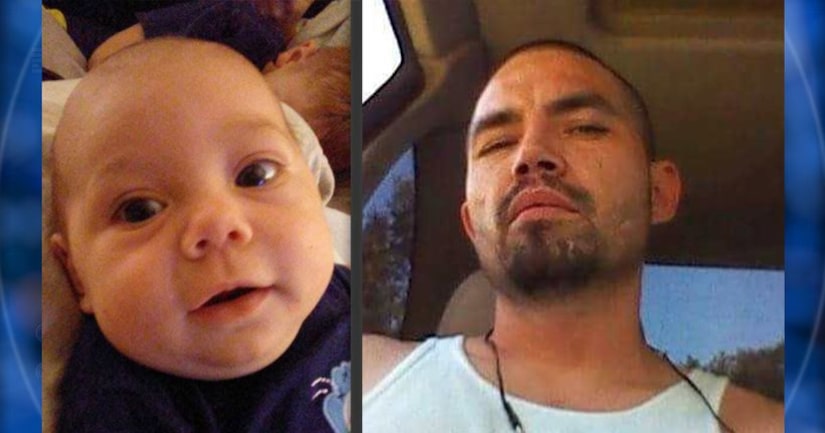 NORMAN, Okla. -- (KFOR) -- The baby at the center of an Oklahoma Amber Alert has been found dead, police say.

Officials say it all started February 19 when they responded to a report of a domestic assault in the 1500 block of Lakecrest Drive.

Officers determined that 31-year-old Victor Manuel Minjarez violently attacked the mother of his child and then fled the residence with their son, Jody Minjarez.

On February 23, the victim, the child's mother, obtained an emergency Victim Protective Order (VPO) that ordered Jody to be returned to her.

Victor Minjarez later sent a text message to a friend telling her to tell the victim that she would never see her son again.

Because of this, police believed Jody Minjarez was in imminent danger of bodily harm or death.

Victor Minjarez fled the scene of the incident with the child driving a rented U-Haul pick-up truck.

However, authorities later said they believed Minjarez was driving a light blue BMW four-door sedan or a white 2008 Cadillac Escalade, with the Oklahoma license plate 128KNQ.

Police say he was found at a residence in the 3000 block Venice Blvd. in Oklahoma City.

However, a short time later, police said they found the body of Jody Minjarez inside the home.

Online records show Minjarez was booked into the Oklahoma County Jail for first-degree murder and desecrating a human corpse.