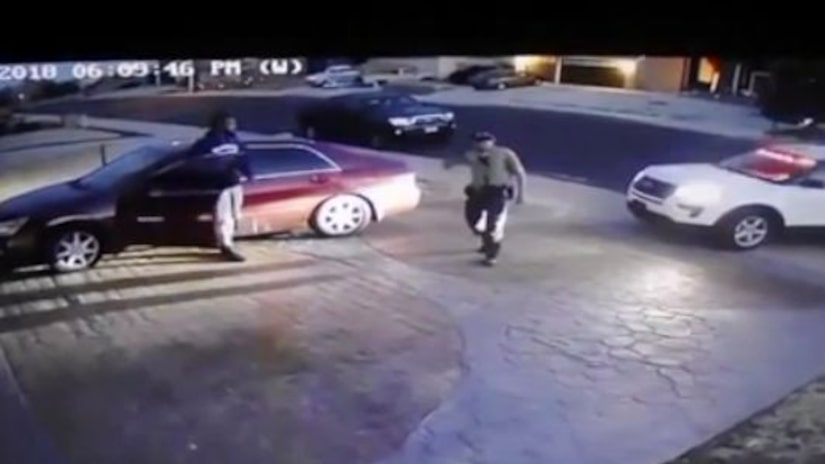 LOS ANGELES -- (KTLA) -- A teen accused of posing as a law enforcement officer in multiple incidents in San Bernardino County, including one in which he allegedly initiated a traffic stop on an unsuspecting driver, has been arrested, authorities said Wednesday.

In one case, which took place Monday, the 14-year-old boy was allegedly driving an SUV with flashing red and blue emergency lights mounted on the inside of the front windshield when he pulled into a driveway in the 13600 block of Mica Avenue in Victorville, according to a news release from the Victorville Police Department.

The white Ford Explorer had no law enforcement or other type of markers to identify it as a patrol vehicle beyond the emergency lights, nor were there any license plates.

After exiting the parked SUV, the teen went to the front door and made contact with the residents, telling them he was there to investigate a report of a domestic disturbance. Jasmine Jones, who lives at the residence involved, told KTLA she was puzzled by the unprompted visit.