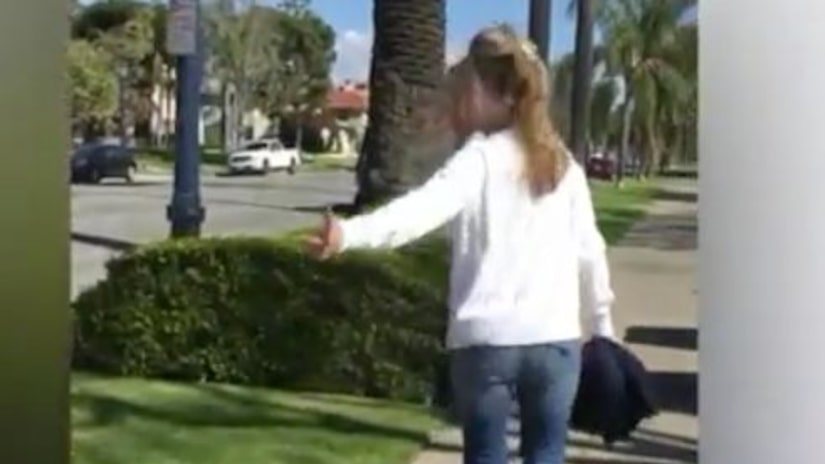 LONG BEACH, Calif. -- (KTLA) -- Coast Community College District officials said Monday they are reviewing how to proceed after a professor and counselor at Golden West College in Huntington Beach was identified in a video telling a Long Beach couple to "go back to your home country."

"We're very aware the community has deep concerns, and we're not going to let this die," said district spokeswoman Letitia Clark. "We're looking at past interactions with students and staff to see if it relates to the comments made on the video."

The video was posted Thursday on Facebook by Tony Kao, who wrote that he and his wife and daughter "encountered a bigot and a racist today in our neighborhood in Long Beach" while taking a walk.