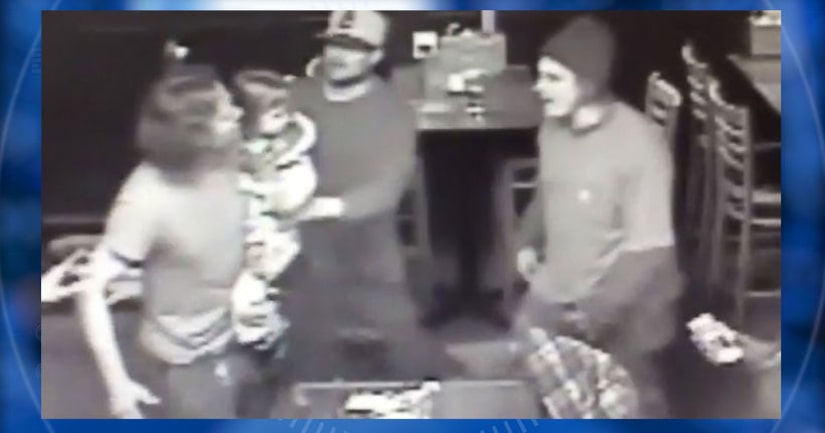 JEFFERSON COUNTY, Colo. -- (KDVR) -- Video released by the Jefferson County Sheriff's Office on Monday shows bar fight between three men, including the victim, who was holding his 4-year-old daughter.

Thirty-nine-year-old Richard Warry Brown was holding his daughter when the fight started at Crossroads Pizza & Wings Bar around 10:10 p.m. on Jan. 25, the sheriff's office said.

After a few punches were thrown, someone in the bar takes the child from Brown and the fight continued with several more punches and a kick to Brown's face.

Brown was air-lifted to an area hospital for serious bodily injuries, officials said. The child was not injured in the incident.

Brown was later issued a summons for misdemeanor child abuse, according to the sheriff's office.

The other suspect has not been identified. He is described as a white, thin male in his mid-20s and stands about 5 feet 8 inches tall.