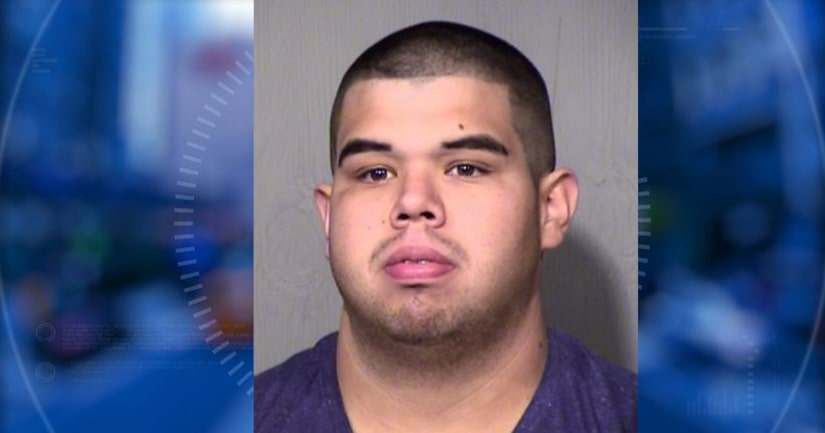 TOLLESON, Ariz. -- (KNXV) -- A Tolleson father has been arrested after his one-month-old child suffered a traumatic brain injury from being allegedly shaken and thrown.

The Tolleson Police Department was contacted by workers at Phoenix Children's Hospital on Saturday for a suspected child abuse involving a one-month-old boy.

Hospital officials reportedly told police that the boy was suffering from a 'severe traumatic brain injury' and is not expected to survive.

Police contacted the boy's father, 22-year-old Jose Jesus Trevizo, who was caring for the baby at the time.

Trevizo allegedly confessed to, “violently shaking his son on four separate occasions throughout the night because he was tired, and the baby continued to cry." He also allegedly told police that he threw the baby on the bed, head first where, "he landed on a box."

Trevizo reportedly looked up videos on the internet on how to perform CPR on infants and attempted it.

He allegedly told police that he was too scared to call 911.

The boy's mother was working overnight and then went to sleep at her mother's home.

She called 911 after checking on the child and finding him stiff and unresponsive.