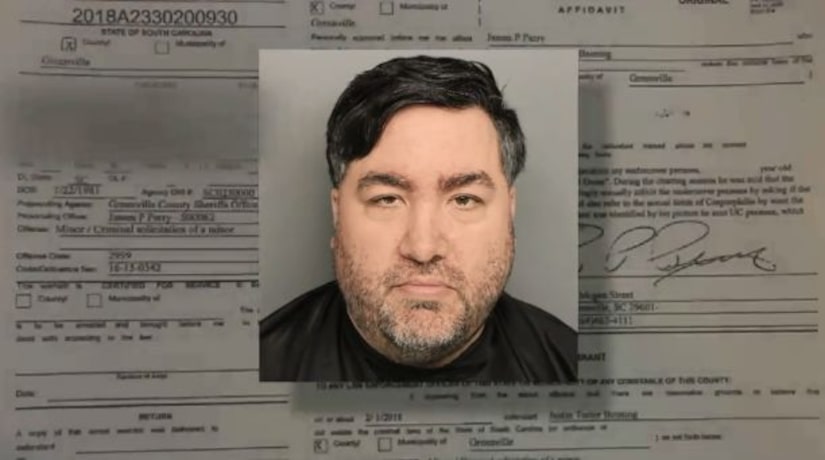 GREENVILLE COUNTY, S.C. -- (KRON) -- Of the dozens of people arrested during Greenville County Sheriff's Office's Operation Millstone — the biggest prostitution sting the county has ever done — one man arrested reportedly wanted a person he could cannibalize.

“Operation Millstone,” a wide-scale prostitution sting in conjunction with the Greer Police Department in South Carolina, led to more than a dozen arrests over a two week period. During the operation, several officers posed online as female prostitutes, while other officers posed as men looking to pay for sex, known as “John's.”

Greenville County Sheriff Will Lewis said that one man — Justin Teeter Bensing of Myrtle Beach — “wanted a person brought to him that he could eat, physically cannibalize.

“He (Bensing) wanted sexual acts with animals,” Lewis said. “Depravity doesn't even begin to describe this.”

Bensing reportedly went by the username “Rebel Deese,” and according to a warrant planned to kidnap a child and make her drink her own urine.

According to the affidavit, during one exchange on Feb. 1 with an undercover officer, Bensing asked if they were “ready to be a full time baby maker and sex slave.”