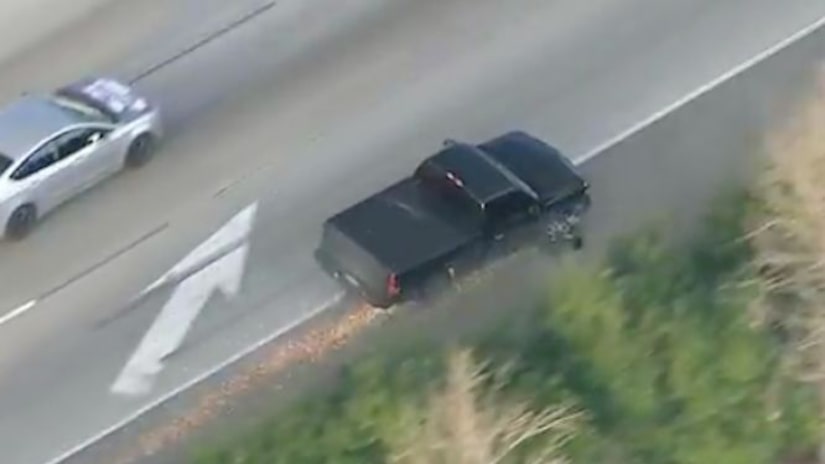 LOS ANGELES -- (KTLA) -- A man wanted on suspicion of kidnapping a woman in Long Beach was detained by California Highway Patrol in Claremont after leading officials on a vehicle chase through eastern Los Angeles County on Tuesday.

Long Beach police responding to the 1500 block of Summit Street around 4:20 p.m., where a woman reported that her daughter's ex-boyfriend took her against her will in a black Chevy Silverado, said Sgt. Brad Johnson.

The suspect was possibly armed with a knife, the victim's mother told police.

An L.A. County sheriff's helicopter was able to locate the truck on the 91 Freeway and followed it through Orange County until it got onto the northbound Highway 57 in Anaheim, at which point a sheriff's cruiser attempted to make contact with the driver, according to Johnson.