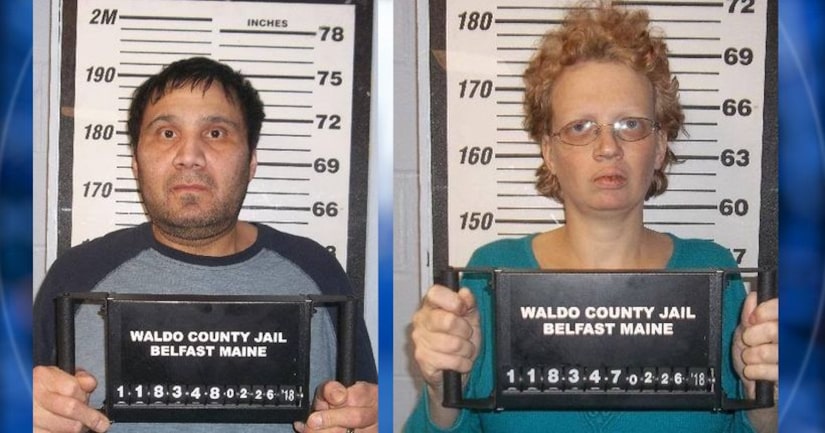 STOCKTON SPRINGS, Maine -- (KABB) -- A mother and stepfather have been charged with murder. Maine State Police say they killed their 10-year-old daughter in Stockton Springs.

State Police say they got that call around 2:30 p.m. Sunday, but when they arrived, 10-year-old Marissa Kennedy was already dead.

They're blaming her death on her mother, 33-year-old Sharon Carillo, and stepfather, 51-year-old Julio Carrillo.

State Police say she died at a condo complex on Harborview Drive in Stockton Springs.

The medical examiner ruled 10-year-old Marissa's death a homicide and State Police arrested the couple at the State Police offices in Bangor while detectives interviewed them.

State Police say there were two other children in the home. A one-year-old and two-year-old.

They have been placed in the custody of the Department of Health and Human Services.