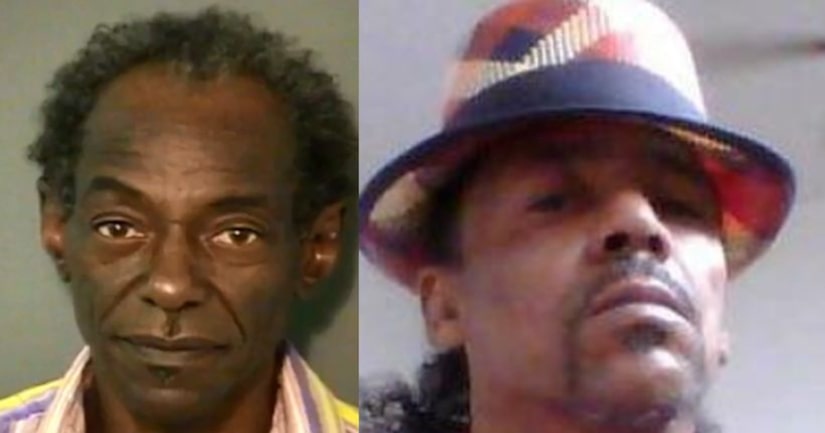 WINGATE, N.C. -- (WSOC) -- Police said the suspect they were searching for has turned himself in after a man was shot to death Monday morning in Wingate while streaming on Facebook Live.

Officials with Union County Emergency Medical Services said the shooting happened around 10 a.m. on Jerome Street in Wingate, just a few streets from the police department.

Authorities identified the victim as 55-year-old Prentis Robinson and said the suspected shooter is Douglas Colson, 65.

Colson was on the run all day, wanted on a murder charge, but police said he turned himself in Tuesday morning.

Robinson was seen Monday morning on a Facebook Live complaining about a family member stealing one of his three cellphones.

Viewers of his Facebook Live could see him stopping at the Wingate Police Department to report the theft. After he left the police department, he walked up a hill toward his home on Booker Street.

A short time later, Robinson exchanged a few words with another man that suddenly appeared, and then there was gunfire.

Wingate Police Chief Donnie Gay was at a loss for words after the shooting, noting that it happened moments after Robinson left the police station.

"I'd just spoke to him, it was, I just ... it's hard to say anything about that. I just got through talking to him," Gay said.

Robinson was found face down in the street and was pronounced dead at the scene.

Channel 9 spoke to Charles Baker, who knew Robinson for more than 30 years. He couldn't believe that someone could just shoot and kill his friend.

"That just unreal. For somebody to have that kind of heart to just walk out in the open like that and kill a man, that's just, it's nonsense," Baker said.

The deadly shooting caused a lockdown at Wingate University, which is less than a mile from the scene. Wingate Elementary School was also placed on lockdown.

No shots were fired on campus but it left students, teachers, and staff on edge.