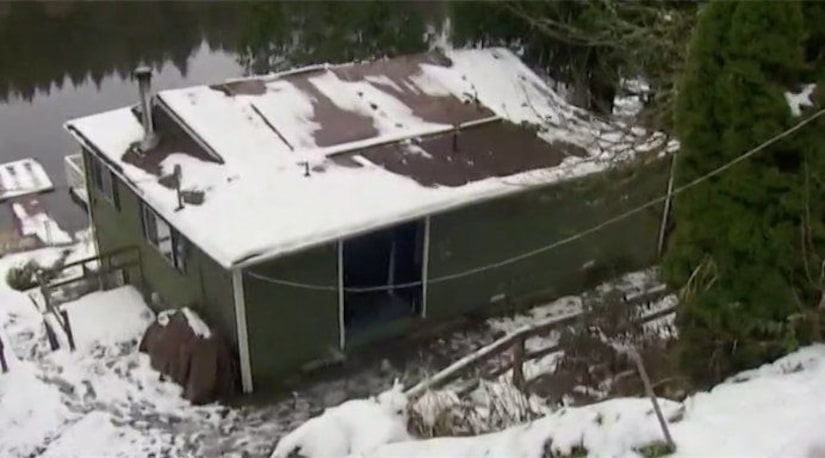 TACOMA, Wash. -- (KCPQ) -- A Pierce County Sheriff's Department team rescued an autistic 18-year-old woman who was lured online and transported by a Washington couple from the teenager's home in Arkansas to a cabin in the Eatonville area, the department said Friday.

“We are incredibly proud of the work by our deputies in safely recovering the victim and returning her to family, and for their outstanding work in capturing the suspects,” the Pierce County Sheriff's Department said.

On Thursday, the department said, it received a request for assistance from detectives with the Mississippi County Sheriff's Department (MCSD) in Luxora, Arkansas. The detectives were investigating the disappearance of an 18-year-old autistic special needs woman, who was discovered missing from her home in the Blytheville, Arkansas area on February 17.

“Mississippi County detectives were able to determine that in the minutes before her disappearance, the victim had received and replied to a text message from a Washington state phone number,” the department said. “Through further investigation, MSCD detectives were able to determine that the victim had been contacted online by a 50-year-old man from the Eatonville area, who reportedly has tried to befriend over 8,000 other children via social media.”

Detectives learned that in the days before the victim disappeared, the suspect had reportedly flown from Washington state to Tennessee with an adult female companion.

“The suspects reportedly rented a vehicle utilizing fake identifications, then drove to the victim's residence in Arkansas where they lured or abducted the victim with a possible sexual motivation,” the sheriff's department said.

“The suspects then drove the victim to Washington state, where detectives were able to link the suspects to an address in the Eatonville area of Pierce County. MCSD were able to obtain arrest warrants for the 56-year-old male and his 28-year-old female companion for Kidnapping of an Incompetent Person, and were able to determine a possible address where the suspects and victim could be located,” the Pierce County Sheriff's Department news release said.

A team of Pierce County deputies and sergeants went to the home Thursday afternoon in the 39100 block of Ski Park Road East near Eatonville. After ignoring commands to open the door, the suspects eventually opened the doors and were taken into custody.

The male suspect and the female suspect were booked into the Pierce County Jail for their kidnapping warrants, where they are currently awaiting extradition to Arkansas.

The victim was placed onto an airplane Friday morning by the FBI and is now in Arkansas where she will be reunited with her family. Deputies also transported the male suspect's teenage son to a relative's house in King County, the department said.