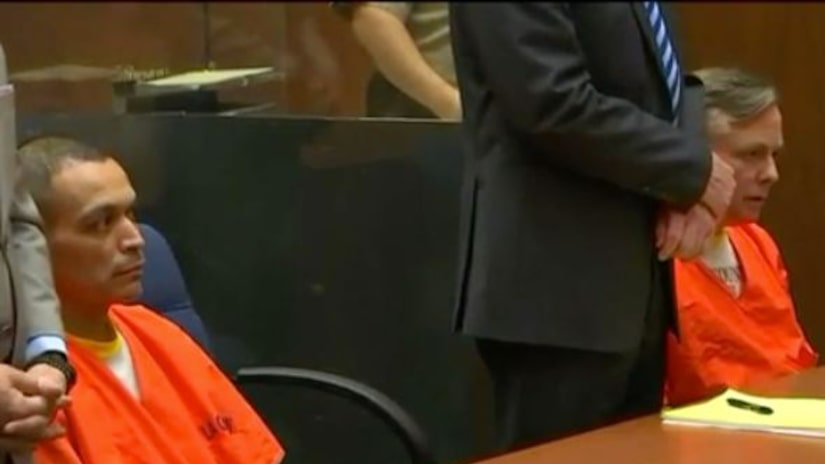 LOS ANGELES -- (KTLA) -- Two Los Angeles police officers pleaded no contest Monday to sexually assaulting multiple women, a pattern of predation in which one partner often served as the lookout while the other carried out an attack in their unmarked police car.