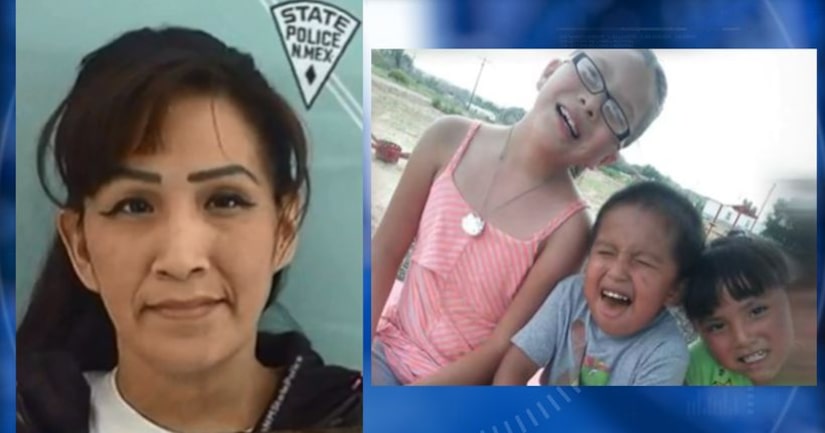 BLOOMFIELD, N.M. -- (KRQE) -- A New Mexico woman is accused of drunkenly driving with her three kids in the car, crashing and killing one of them.

The grandmother of the children say their mom had been going through very tough times, but her family never thought it would escalate to this.

“We just don't know what to do, what to say. We are just emotionally drained,” said Cynthia Tsosie.

Tsosie says her daughter, Candace Jim, has been struggling with depression and alcoholism after her husband died late last year.

Her issues were severe enough that her three kids were taken away. Jim has six-year-old twins, a boy and girl, and a nine-year-old girl.

“She just went into a lot of depression, and decided to drink more to kill the pain of the loss of her husband,” said Tsosie.

Now, Jim has lost one of her children.

According to State Police, the 40-year-old mother was driving drunk on County Road 7150 Saturday just before noon, near Bloomfield, when she crashed her Jeep. Investigators say she crossed the center line, overcorrected, and rolled.

All three kids were ejected from the Jeep. The twin boy died at the scene, and his twin sister is struggling to stay alive.

Tsosie says it's been a tough 24-hours.

“We just want to be strong for the family but it's very hard when we found out Bradley was gone. It just tore my heart to pieces,” said Tsosie.

In the passenger seat of Jim's Jeep was Aaron Yazzie. Tsosie says her daughter started dating the 45-year-old after her husband died.

“We told her he's not a good person, he drinks a lot. I kept telling her that,” Tsosie said.

Tsosie says she's trying to stay strong as she cares for Jim's nine-year-old, who has already been released from the hospital.

However, she is grieving knowing she'll never see her grandson again.

“We need him you know? He was a joy to our family,” she said.