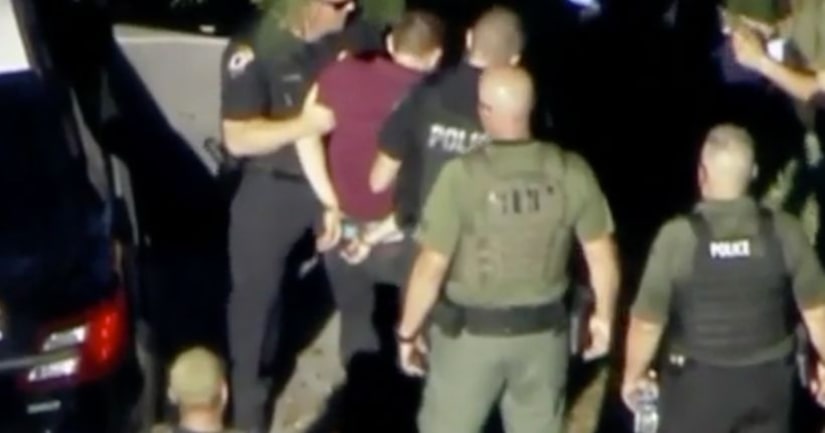 Scot Peterson never went in after taking a position on the west side of the building, Broward County Sheriff Scott Israel said at a Thursday afternoon news conference.

Peterson resigned after he was suspended without pay by Israel pending an internal investigation into his actions during the shooting that left 17 people dead, Israel said. Peterson was eligible for retirement.

Israel made the decision to suspend Peterson -- who was armed and in uniform at the time of the shooting -- after interviewing the deputy and reviewing footage and witness statements, he said.

"What I saw was a deputy arrive at the west side of building 12, take up a position," Israel said of the video. "And he never went in."

Israel told reporters Peterson should have "[w]ent in. Addressed the killer. Killed the killer." Instead, the deputy waited outside for about four minutes. During that time, Israel said, Peterson got on his radio and took a position where he could see the western entry of the building.

Peterson held several jobs, including working as a security guard and stock clerk, before he was hired as a sheriff's deputy in 1985, according to his personnel records. He also served in the military, he told the sheriff's office. Peterson, who attended Florida International University, was largely lauded for his performance on the job, including garnering two deputy of the year nominations in recent years, the personnel records show.