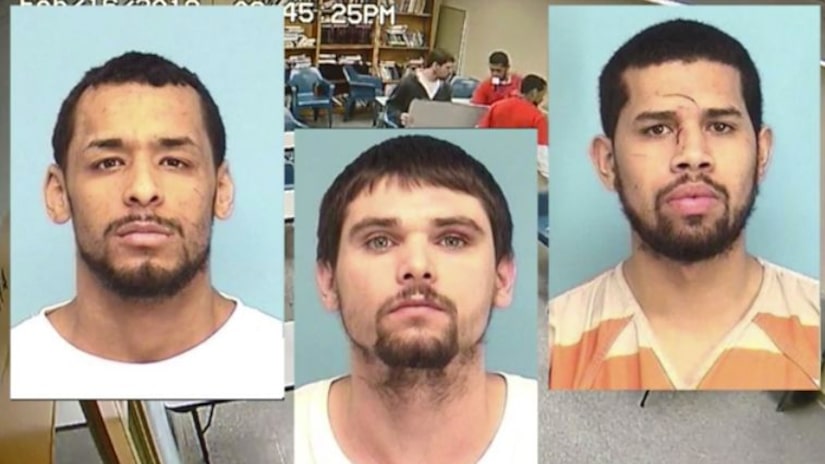 On Friday night, Joshua Natal-Morales, 26, Reynaldo Rivera Franco, 26, and Michael David Kligore, 23, used a table in a classroom to smash out a window of the minimum security Lorain/Medina Community Based Correctional Facility, authorities said.

"We're basically (housing) felony-level offenders ... this is kind of a last-ditch opportunity, one more bite at the apple to get things right," said Don Nickerson, operations director.

Police quickly set up a perimeter and captured the men in Elyria.

The correctional facility is launching an investigation into the escape and it could be forced to increase security measures.