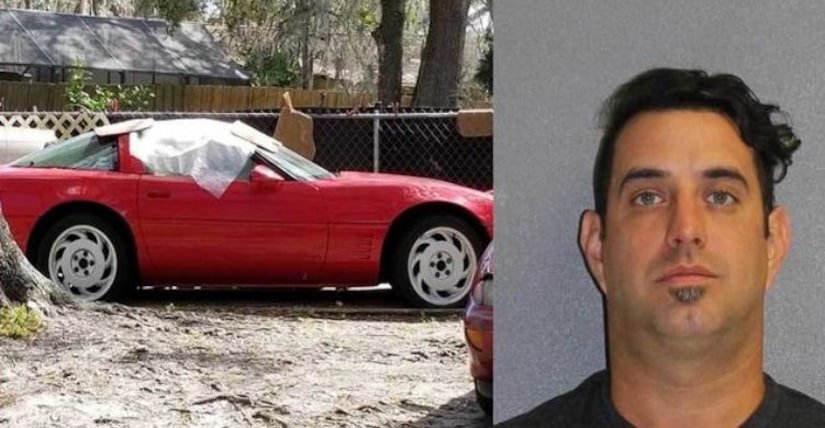 EDGEWATER, Fla. -- (WKMG) -- A man is accused of setting his neighbors' Corvette on fire because he suspected them of stealing his lawnmower, according to the Edgewater Police Department.

Police said they were called to a home on Queen Palm Drive around 11 p.m. Tuesday in reference to a vehicle fire. A man who was home at the time of the fire said he saw his neighbor, Brandon Rivera, set his roommates' red 1984 Chevrolet Corvette on fire, according to the affidavit.

The car belongs to a married couple who lives at the home.

Police said they spoke to Rivera and he told them that he suspected the couple of stealing things from him, including his lawnmower.

Rivera said he couldn't find lighter fluid, so he grabbed a Gatorade bottle filled with gasoline that he had in his vehicle from a landscaping job, authorities said.

He first attempted to pour the fluid through a cracked window on the Corvette, but when that didn't work, he opened the door and dumped the gasoline on the seat, then used a lighter to set it on fire, according to the report.

Police said Rivera shut the car door and walked away because he thought the fire appeared small.

The roommate of the couple who owns the Corvette used a garden house to extinguish the flames, authorities said.