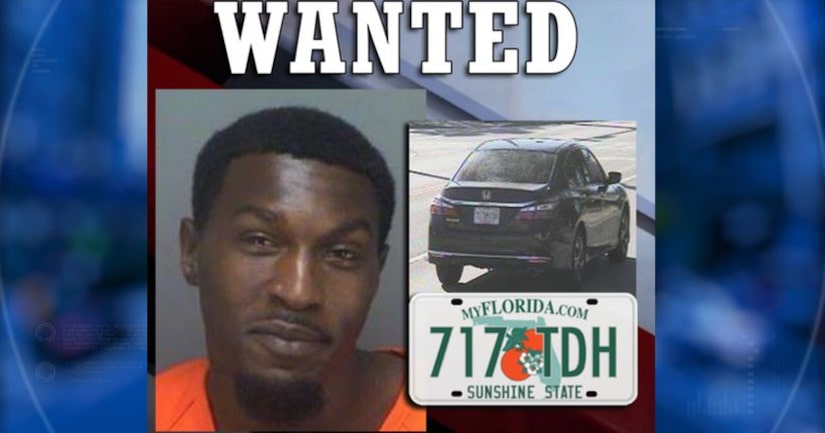 POLK COUNTY, Fla. -- (WPTV) -- Deputies in Polk County, Florida are on the hunt for the man who allegedly pushed a woman out of a moving vehicle at over 75 miles per hour.

Deputies say Remond Brown, 44, and his girlfriend got into an argument at dinner because she was on Facebook.

According to deputies, the argument continued while the two were driving back to Pinellas Park. They say things turned physical, and that Brown slapped and punched the victim, with a closed fist, multiple times on the face.

Witnesses in other vehicles advised that the suspect vehicle was driving erratically westbound on Highway 60 in Lake Wales. That's when deputies say Brown reached over and opened the victim's door and pushed her out of the car while traveling at highway speeds, approximately 75-80 mph, per the witness accounts.

"Other travelers on the road stopped to help the victim, but not Remond," the Polk County Sheriff's office said on Facebook. "He did stop, but only to look back at the victim and yell, 'Blank this blank', before getting back into the car, and driving off. And no, 'blank' was not the word he used."

Brown left the scene in the victim's Black 2017 Honda Accord. The vehicle has a Florida license plate with tag number 717TDH.

Deputies say that there is a history of physical violence and Brown has a history of run-ins with the law, ranging from charges of grand theft to murder.