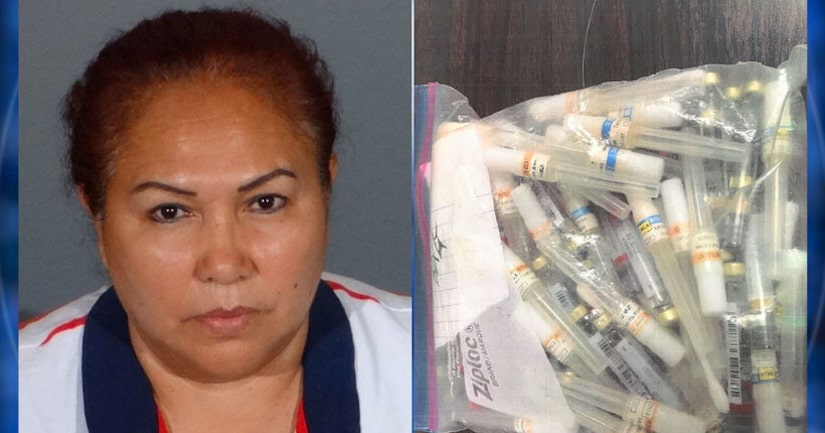 LOS ANGELES -- (KTLA) -- A 58-year-old woman alleged to have injured one person as she practiced dentistry without a license from the living room of her home in the Pico-Union area of Los Angeles pleaded no contest to a charge, authorities said Tuesday.

Clara Medina entered the plea to a single count of battery likely to produce serious bodily injury, according to a news release from the Los Angeles City Attorney's Office announcing the conviction.

“It's outrageous for someone with no license or formal training to subject a patient to a root canal — a procedure we allege sent a victim to the hospital,” City Attorney Mike Feuer said in the release.

Medina was accused of performing a root canal last March that resulted in the individual being hospitalized, according to the release.

The victim had toothache at the time and was referred to Medina by coworkers who had gone to her for other dental work.

The procedure, which was performed on the woman's living room lounge chair, included the use of various needles, the release stated. As a result of the dental work, the victim sustained injuries that included possible permanent nerve damage.

Medina was sentenced to three years of probation and 30 days of jail or 20 days of community labor, and was also ordered to pay full restitution to the victim.