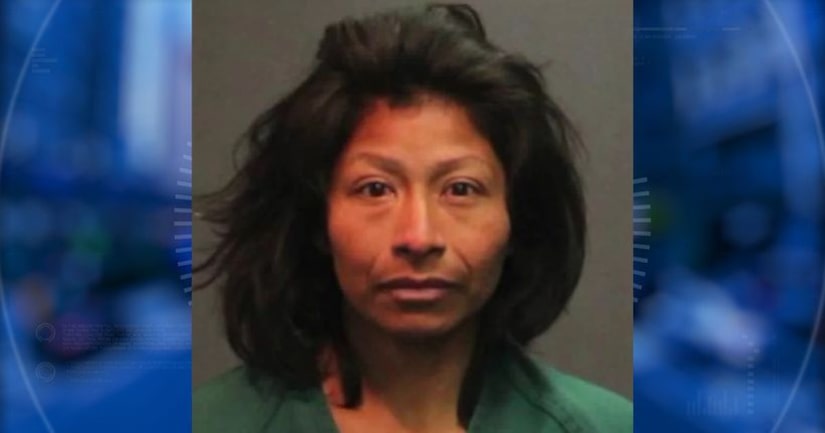 SANTA ANA, Calif. -- (KTLA) -- A woman was arrested Wednesday after she allegedly tried to kidnap a 12-year-old girl who was on her way to school in Santa Ana and another woman is being hailed a hero for thwarting the attack, police said.

Amy Martinez was on her way to Lathrop Intermediate School when she was confronted by a woman who was described as homeless.

"She just came up to me and went like this," Amy said, simulating a bear-hug. “And then she started walking with me away.”

Amy said she screamed for help. "She told me in Spanish not to cry, but I wasn't even crying," she said.

That's when a Good Samaritan who had just dropped off her child at school, saw what was going on and quickly devised a plan to stop the suspect, Cpl. Anthony Bertagna told KTLA.

The woman told the suspect that she was Amy's mother and told her to let the girl go.

The woman then took Amy to school. Police eventually responded and the suspect, Claudia Hernandez Diaz, was taken into custody.

Amy said she considers the woman a hero, who saved her life.