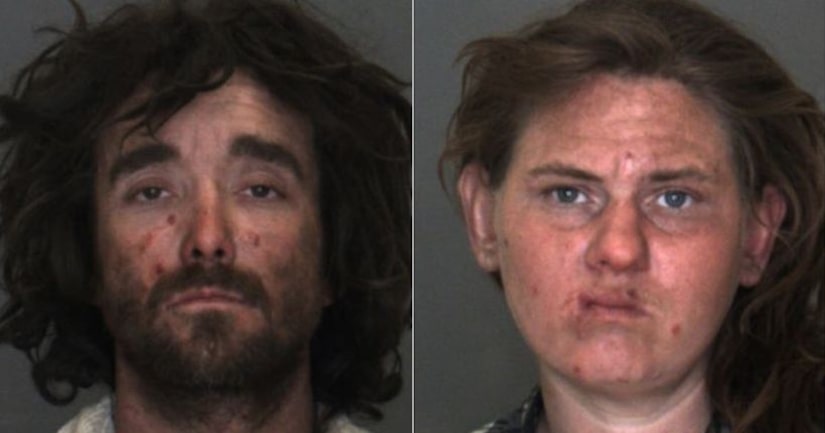 LOS ANGELES -- (KTLA) -- A Victorville couple accused of sexually abusing their then 5-year-old son may also have committed sexual acts on their dogs, officials announced Wednesday.

An investigation began in August 2013 when the victim disclosed that he was sexually abused by his parents, Roy Ling, 35, and Sara Wilson, 32. At the time, however, the victim and his parents were transients.

Details about the alleged abuse were not provided Wednesday.

The investigation continued in March 2014, but the suspects were not found.

Finally in December, officials found Ling and Wilson in the riverbed area of Victorville. Investigators also had information that the suspects may have committed sexual acts on their dogs, but no further information about that accusation was provided.

Detectives provided additional information to the San Bernardino District Attorney's Office and arrest warrants were issued for Ling and Wilson on Feb. 14. They were arrested and booked into jail on suspicion of lascivious acts with a child. Their bail was set at $200,000 each.