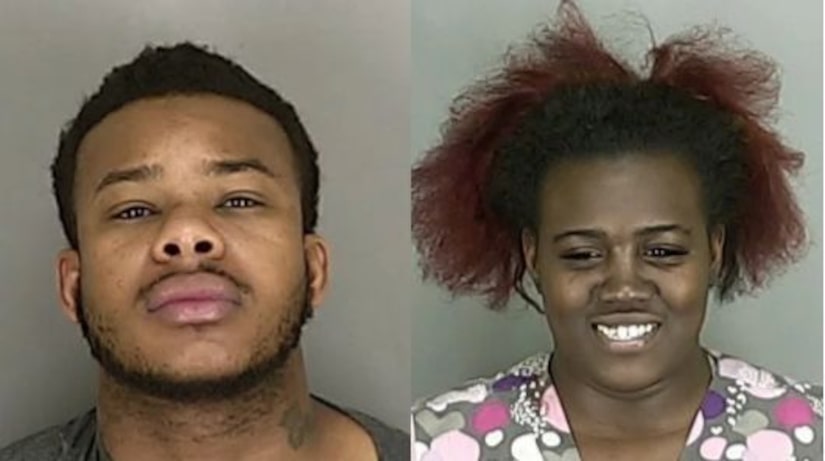 AKRON -- (WJW) -- Two people were arrested and a man is recovering after a fight involving a chainsaw at a home in Akron.

Officers responded to Baird Street near Inman Street shortly after 9 p.m. Tuesday for a fight with injuries. When they arrived, they found the 52-year-old victim on the couch in the living room covered in blood, Akron police said.

The victim told police his former roommate, William Mitchell, and his roommate's girlfriend, Aliyah Wiley, came over and started to argue about owed money.

According to police, the victim and Mitchell began physically fighting and fell to the floor next to a chainsaw in the living room.

After a struggle, Mitchell picked up the saw and hit the victim with the chainsaw blades, police said. The victim was cut on his hands and arms, and tried to flee out the front door.

He fell, so Mitchell and Wiley dragged him back into the house. Akron police said the fight continued with Wiley hitting the victim in his back and legs with the saw.

Finally, the victim broke free and ran next door for help. Mitchell and Wiley fled the scene before officers arrived.

The victim was taken to Akron City Hospital with serious injuries. While officers were there, the suspects came into the emergency room for a cut to Mitchell's hand.