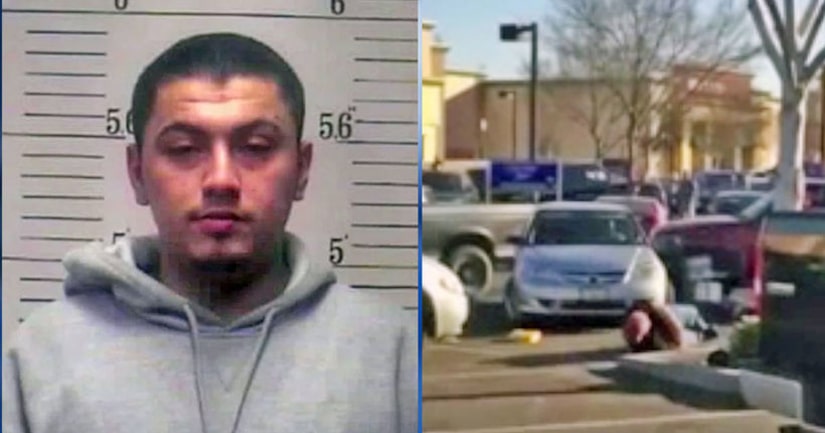 YUBA CITY, Calif. -- (KTXL) -- A suspected shoplifter is in jail after his getaway attempt almost killed a man trying to stop him.

Video of the weekend's dramatic confrontation has been shared hundreds of thousands of times. It shows the suspect in the Harter Road Walmart parking lot almost running over a man trying to stop him from getting away.

Police say the 46-year-old victim boxed the suspect's car in with his own, then tried to puncture his tires.

"He had a little utility knife with him that he tried puncturing the tires with. You could see in the video he was leaning down toward the tire," Yuba City Police Lt. Jim Runyen said, referencing the video.

But the man didn't realize how desperate the suspect was to flee, using his car as a battering ram to knock the victim's truck out of the way and nearly running the man over.

Police didn't identify the victim, but said his injuries were minor.

Runyen added that the suspect had two children in the car with him, ages 7 and 10.

Thanks to the video, 31-year-old Michael Ramirez was arrested in Olivehurst a short time later. He's being charged with assault with a deadly weapon, petty theft, child endangerment and vandalism.