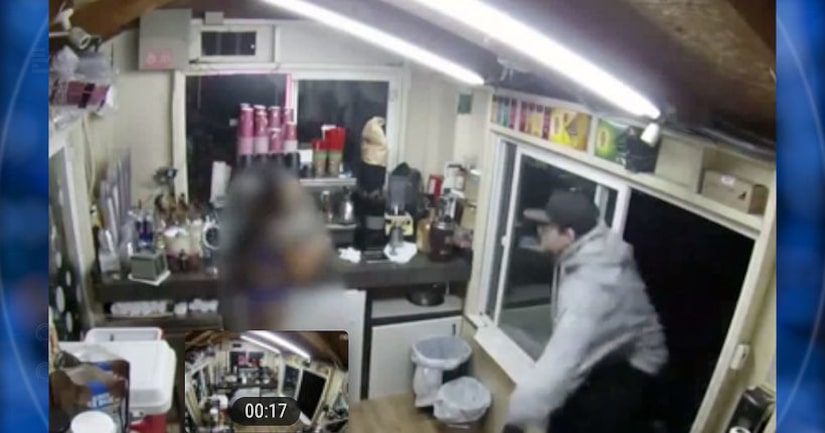 KENT, Wash. -- (KCPQ) -- A Washington's Most Wanted viewer tip led to an arrest of a man accused of attacking and attempting to rape a barista at the Hottie Shots Espresso stand in Kent.

The suspect has been identified as a 33-year-old Kent man, who police say had an extensive criminal history.

Investigators have not released his name as he has not yet been formally charged.

“We want to thank everyone that called in and identified this violent offender; our streets are safer because of each of you,” said Detective Melanie Robinson.

The barista, a 30-year-old Bonney Lake woman, told officers that the man came to the coffee stand window on foot and ordered a drink at about 4:45 a.m. Tuesday. She said while she was distracted making the drink, the man climbed through the window and held her at knifepoint, then forced her outside into a dark alleyway near the stand.