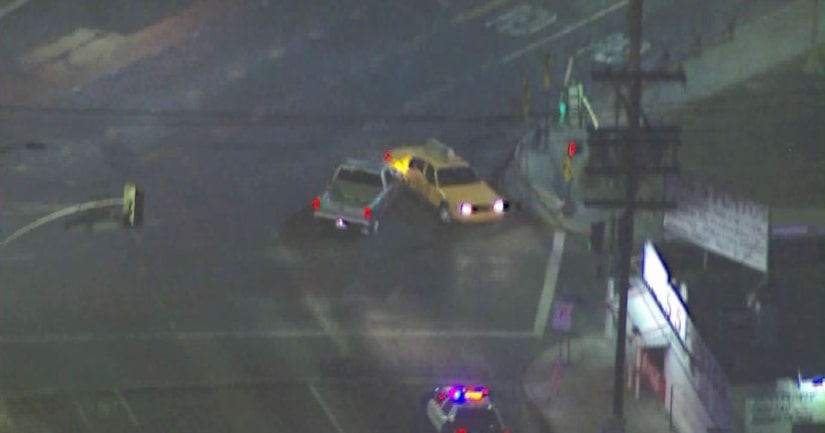 HUNTINGTON PARK, Calif. -- (KTLA) -- Huntington Park police were in pursuit of an allegedly stolen vehicle Tuesday night in a chase that saw the driver traveling onto train tracks and into a Los Angeles Metroline tunnel just minutes after slamming into a yellow cab, as seen in Sky5 footage.

The vehicle being pursued appeared to be a pick-up truck as it reached the Montebello area by about 10 p.m., as seen in aerial footage from Sky5. At about 11:03 p.m., a man could be seen being escorted by officers out of a train tunnel near where the driver had entered.

An hour earlier when the truck was still being pursued, at about 10:18 p.m., it could be seen slamming into what appeared to be a yellow cab in the Boyle Heights area.