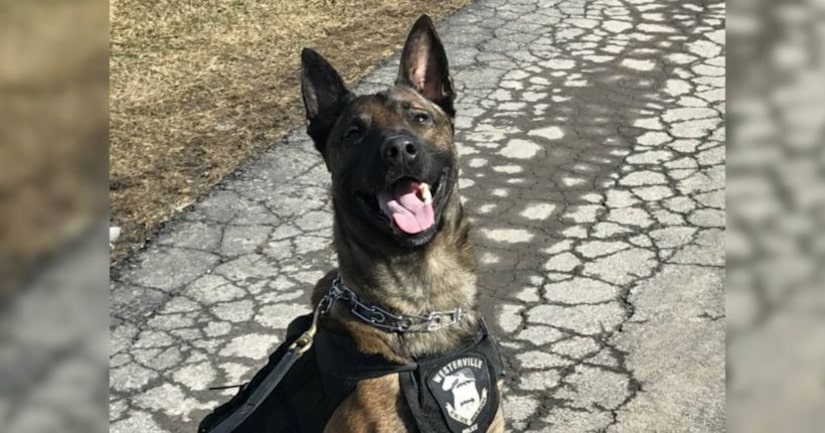 Westerville Police Officers Joering, 39 and Anthony Morelli, 54, were shot and killed while responding to a 911 hang-up on February 10. Jeoring was partnered with K-9 Sam. Sam was in Joering's cruiser when the deadly shooting happened.

Westerville Police Chief Joe Morbitzer said the therapeutic value of having Sam stay with the family is “immeasurable.” “You've got three little girls that are hurting real bad,” the chief said.