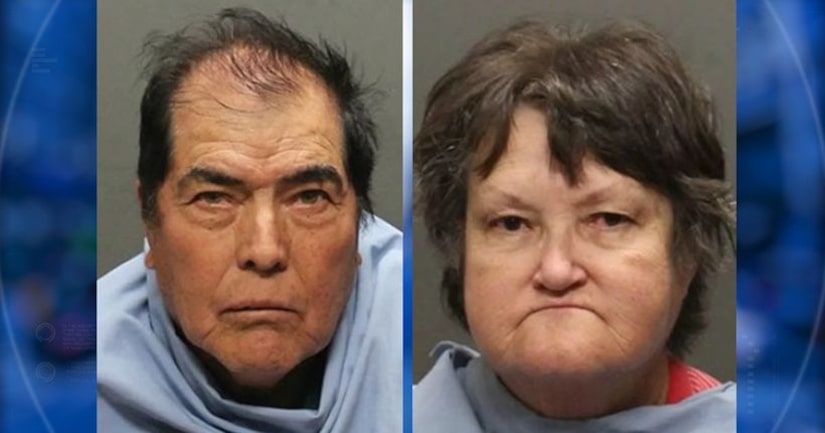 PIMA COUNTY, Ariz. -- (KNXV) -- Two adoptive parents are facing child abuse charges after investigators say they kept children in separate bedrooms that were locked from the outside.

The Pima County Sheriff's Department says Benito Gutierrez, 69, and Carol Gutierrez, 64, were arrested on three counts of child abuse each and were booked into the jail on Tuesday.

According to a news release from PCSD, deputies found four children in the home. Investigators say the children are between the ages of 6 and 12 and did not have access to food, water, or the bathroom for up to twelve hours at a time on a regular basis. One bedroom had a bucket for a toilet, deputies say.

On Saturday PCSD says one of the children escaped from the home through a bedroom window. The agency responded to the 4100 block of North Flowing Wells Road regarding suspicious activity involving a child.

Below is more from the PCSD release:

When deputies arrived, they discovered a male child had asked to use the phone at a Family Dollar store in the area. The clerk, noting the age and disheveled condition of the child, called 911.